Guatemala’s turmoil ahead of parliamentary elections 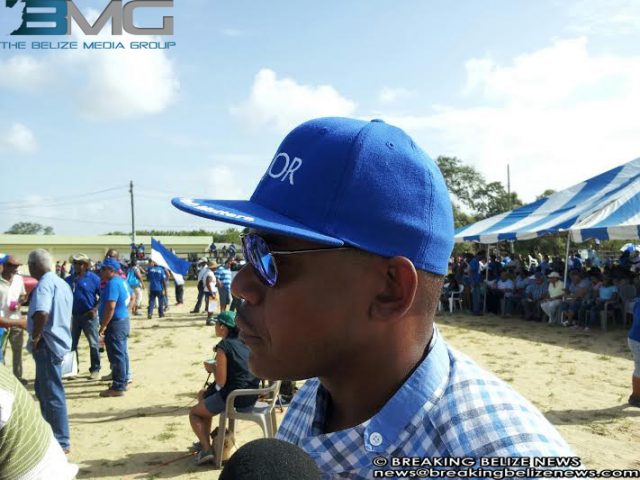 The ex-military officer noted that is just the start of what could turn out to be a very short electoral campaign, with the Prime Minister’s hints at early general elections coming by next March.

But he says he is not considered with building support in public as his rival did, only with bringing the division back to the PUP.

Former standard bearer Arthur Saldivar and others are welcome to join in, he says, but

he cannot afford to wait on them.

The endorsement doubles as the fourth stop on the PUP’s “Power to the People” Tour, and first in a division led by a member of the G-11 or 12 reform movement, which has been meeting with party leaders to discuss reform proposals.

Major Jones told us that the PUP will be stronger for its efforts, as evidenced by today’s crowd, and he is willing to work with anyone who will help the party forward.

He accused rival Castro of waiting until just before elections to begin work in the division and still neglecting major issues such as no electricity in Bomba, no water in Gardenia and Biscayne, and an unsafe causeway into Crooked 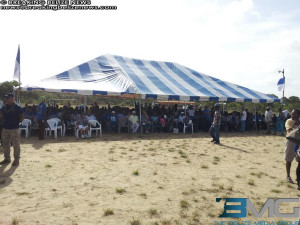 Turning to national matters, the ex-officer criticized Prime Minister Dean Barrow for being “cowardly” in his protest note to Guatemala concerning the BTV Sarstoon Island incident, and called for “fearless and smart” leadership.

He added when asked about how relations may be affected by the ongoing political turmoil in Guatemala that military officials there have a trend to act on their own and we must remain in contact with them to ensure our safety and security for persons in that area.

told us that he expects his colleagues may have other personal commitments that keep them away.

He noted that he was present at the Party’s tour stops in Big Falls and Hopkins and missed the other due to personal commitments.

Party leader Francis Fonseca and other senior officials were on hand to witness the endorsement and address the audience. 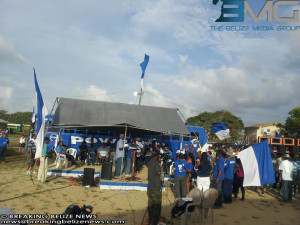