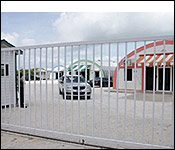 Saturday, September 12th, 2015. BMG: Police officers had to be called to the Global Solutions compound in Ladyville yesterday September 11th, when upset employees started to strike after not being payed as promised by the company’s management. 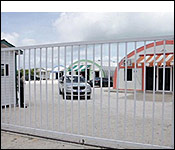 According to the employees, they were promised to be paid at 10:00 a.m. but they didn’t get their pay and became irate about the situation. They say it has been an ongoing problem.

Some of the employees spoke to media, expressing their ongoing struggles at Global Solutions in regards to being paid late and company issued cheques bouncing.

One employee said that if by yesterday evening they did not receive their pay, a full-fledged strike would be staged on Monday morning outside the company gates because all the employees are tired of waiting an extra week to receive their money.

It is uncertain if there will be a strike on Monday though, since the workers received half their pay in cash and the other half in cheque yesterday evening.

They are still not satisfied with that because they say they will have to wait until the 18th to cash the cheque.