GOB to go ahead with Vesting Act for FCIB

Ray Davis: “I will remain in the Senate” 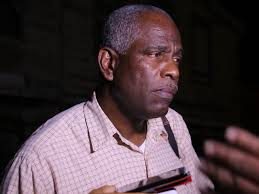 Monday, September 14, 2015.  Aaron Humes Reporting: Senator Ray Davis says he will continue on as Senator representing the trade unions and civil society until his term expires, saying he cannot be removed in the manner prescribed by the National Trade Union Congress of Belize (NTUCB). 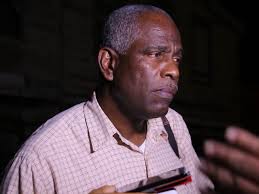 In a press statement issued this evening, Davis says despite his questions as alleged “concerns” raised about his performance in the Senate, which he asked for in writing in order to respond in kind, mention was only made of his absence from a meeting held on July 1, during which time he was on a church mission trip and visiting his convalescing father.

He contends that he properly informed the relevant parties of his intention to be absent from that meeting.

Despite this, the NTUCB, after meeting with him on August 4, voted on August 22 at a General Council meeting to remove him by majority.

The initial request, says Davis, prompted “a reply from President Mora wherein he primarily expressed his concern regarding my absence at the 1st July Senate meeting, and objections to my request from both the NTUCB Assistant General Secretary and the President of the Christian Workers Union,” referring to Francisco Zuniga and NTUCB Vice President Audrey Matura-Shepherd respectively.

Davis further contends that his communications with President Mora and General Secretary Adelaida Guerra concerning his absence were acknowledged, though “indirectly and reluctantly” and some still continued to say that better communication was needed. He concludes that this was the reason for his removal, but contends that the Constitution contains specific provisions for removing a Senator.

Davis cites Section 64 (2) (a), concerning absence from the Senate, read along with Section 77 (2) of the Senate Standing Orders, which state: “If, without the leave of the President obtained in writing before the end of the last of the sittings referred to in this paragraph, any Senator is absent from the Senate for more than ten consecutive sittings occurring during the same session, such Senator shall vacate his seat in the Senate under subsection (2)(a) of section 64 of the Belize Constitution Act.”

A single absence, Davis states, is no reason to remove him or declare no confidence in him.

The statement finishes by announcing that Senator Davis “will be seeking legal advice in respect of all untrue and derogatory statements made about me in the media and in various other settings by those persons seeking to “remove” me from the Senate.” He promises to act with “utmost professionalism,” and “will continue to seek advice from all relevant and willing parties regarding the matters that I must debate and decide upon as Senator for the people of Belize.”