Ray Davis: “I will remain in the Senate” 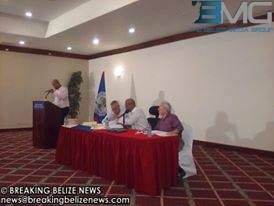 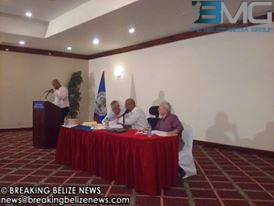 Limited concerning the two acquisitions of the company by Government in 2009 and 2011 were announced today by Prime Minister Dean Barrow, Financial Secretary Joseph Waight and BTL chair Nestor Vasquez.

The recent settlement with Fortis International over Belize Electricity Limited was fairly straightforward, but this one, after six years of legal challenges, is far more complicated.

Per the Government’s press release this evening, in short, it will pay the Bank’s US$22.5 million mortgage loan to BTL, now risen to US$48,544,927.78 or BZ$97 million, found in the London Court of International Arbitration’s decision in December of 2014.

The financing comes from monies  held on deposit arising from the sale of BTL shares in 2010.

Financing for the settlement with the British Caribbean Bank will come from dividends and contribution due from BTL; from the sale of additional Treasury Notes; and from PetroCaribe funds.

Today’s settlement, the release states, represents further vindication of the Government’s initiative to acquire majority interest in BTL and BEL in order to provide reliable, affordable and improved public utility services to the people of Belize.

The Prime Minister staunchly defended his course of action, insisting that Belize had benefited from the acquisitions.