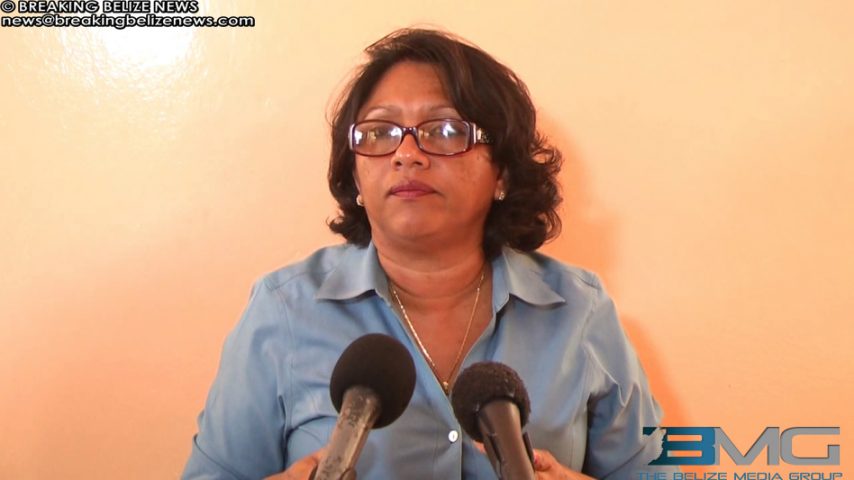 hope to delay the pending sale of the bank to Heritage Bank and are willing to strike to do it.

They want to be secure in their exit packages, in lieu of pending negotiations for a collective bargaining agreement that should have been settled long ago. And they are disappointed in what they consider to be the negative reaction of Prime Minister Dean Barrow against them and in favour of the banks.

Their conduit is CWU president Audrey Matura-Shepherd, who spoke to the press this afternoon in Belize City and conveyed that the Prime Minister is and and was made aware of the concerns of the workers through a letter sent to him two weeks ago and again handed over before Monday’s press conference in Belize City.

Matura-Shepherd went on to accuse the Bank of dragging its feet on negotiations and states that at all times the Union initiated communication. As for the Prime Minister’s comments, he who alleges, she says, must prove.

But does it all really matter? At this point, Matura-Shepherd says, the employees are literally sick and tired and want to put the entire saga behind them. Here’s how she says Government can assist – ensure, through the Labour Department, that the Bank complies with trade union legislation and meet with employees to reassure them that they will be taken care of.

Matura-Shepherd says the Union continues to await positive feedback for negotiations on the packages, and not the moribund CBA, which according to a continuity clause remains in effect until a new one is created, which is moot since the company is being sold and the workers being let go.

As for attacks against her, she says that is reflective of a Prime Minister intolerant of a collective management style such as she practices with the sprawling union.