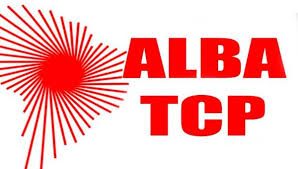 Wednesday, September 16th, 2015. Aaron Humes Reporting: Venezuela continues to face a stand-off with Colombia over alleged incursions at their border of contrabandists and fleeing rebels of both countries.

People’s Trade Treaty (ALBA-TCP) says they cannot accept alleged “interference in the internal affairs of a state by another state.

Thus, they express their concern regarding the judicial decisions taken in the Bolivarian Republic of Venezuela, by the appropriate authority and within the framework of its sovereign jurisdiction to punish terrorist acts and effectively protect the human rights of victims.”

The statement suggests there is a “double standard” that works to undermine constitutional governments like Venezuela’s in an attempt, they say, “to plunder strategic natural resources.” They accuse the accusers of “hiding serious violations of human rights in their own territories” and working against democracy.

The statement concludes: “ALBA-TCP countries warn against the smear campaign, slanders and aggressions against the Bolivarian Republic of Venezuela and commit to remain alert vis-à-vis the threats to its peace, independence and sovereignty.”