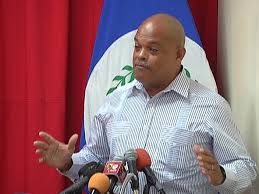 Thursday, September 17, 2015.  Aaron Humes Reporting: For most of his term Minister of Youth and Sports Herman Longsworth has been bedeviled by the construction and development of three sport stadia in Belize City. The biggest project is the Marion Jones Sporting Complex which broke ground six years ago, when Elvin Penner was the Minister and Longsworth was the contractor. 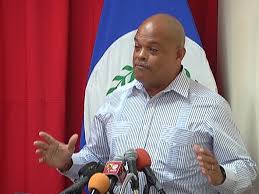 The second is MCC Grounds which was closed for renovation and the installation of lights at the stadium. And the last is Berger Field, located in his own division of Albert, which he had promised would receive a major upgrade.

While the developments at Marion Jones and MCC are going apace, the last is largely abandoned although there have been some upgrades. The Field has new lights among other plans but not on the grand scale of the original design. The surrounding community has now been put in charge of upkeep.

According to Longsworth, he no longer has the budget for the kind of upgrades he wanted to give Berger Field, leaving him “extremely disappointed.” Works are being planned for an indoor facility at the Sporting Complex as well, Hon. Longsworth tells us and ground breaking for that along with the Mexican embassy is planned in another week.

The Complex project was estimated at between $12 and 14 million in cost when ground was first broken. There are no figures for the other projects.