Victim with troubled past pleading to police for justice 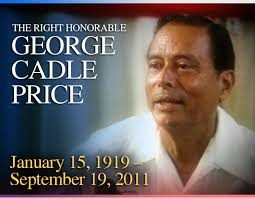 Thursday, September 17, 2015.  Aaron Humes Reporting: The People’s United Party (PUP) has released its list of planned activities for National Service Day, which falls on a Saturday this year.

Observation begins on Friday with the annual wreath laying ceremony at 9:00 a.m. at the burial site of the dearly departed Father of the Nation and Leader Emeritus of the PUP, the Rt. Hon George Cadle Price, in whose honor the day is being held. 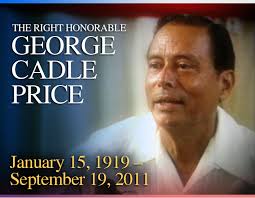 Price died four years ago after a slip and fall at his home on Pickstock Street. He helped found and lead the PUP for nearly 50 years and led the country through the last days of colonialism and into Independence in 1981.

“The Father of the Nation” is in this way honored for his lifelong commitment to serving the people of our great country.

Members and supporters of the PUP will be conducting community activities and special mass of remembrances countrywide, including the following: in Orange Walk Town, the Town Board is organizing a Mass on Saturday, September 19th at 5:00 p.m. at the Gala Lounge; in Cayo West, community and Party members will rehabilitate a recreational park in Succotz; the Marshall’s, an arm of the PUP have donated fans to two primary schools in Belize City.

The PUP says it encourages and invites all Belizeans to take part in community service initiatives to commemorate the life, work and service of the late Rt. Hon George Price.