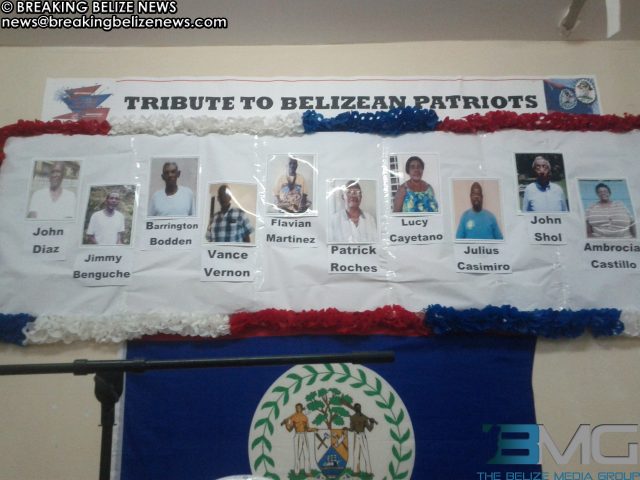 Saturday, September 19th, 2015. Chrisbert Garcia Reporting: In the spirit of the September Celebrations, the Punta Gorda Town Council and the Celebrations Committee selected 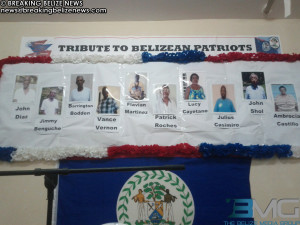 ten outstanding patriots from throughout the town that have contributed to community growth in various fields over the years and honored them as true Belizean Patriots.

All those selected were senior members of the town who were invited to a ceremony that took place earlier this week at the PG Multipurpose building to officially recognize them in front of a crowd of family members and dignitaries such as United Democratic Party (UDP) Standard Bearer Eden Martinez and Mayor Fern Gutierrez.

The patriots were individually called to the stage and their biography was read by a University of Belize (UB) student who had researched them and prepared a synopsis of their life achievements and trials to present in front of a crowd of about 150 people. They were then presented with a certificate before being escorted off the stage by a Belize Defense Force (BDF) Soldier.

These persons were honored in the fields of teaching, fishing, sports, culinary arts, farming, religion, policing, music and medicine. 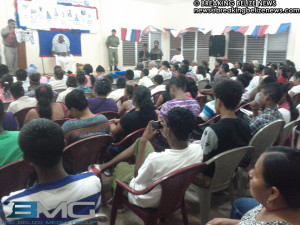 Many of the recipients addressed the crowd and said that it was the first time they have received any kind of recognition for their significant contributions to making Punta Gorda what it is today and that they will treasure their certificate for the rest of their lives and take it with them when they leave the earth.

Unfortunately, as we reported earlier one of those honorees, Mr. Diaz, passed away around 2:30 p.m. this afternoon while competing in a swimming race, after suffering a heart attack.