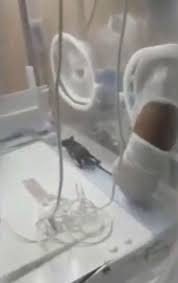 Saturday, September 19, 2015.  BMG: One of Britain’s leading newspapers, the Daily Mail, has picked up the story of the rat found in a hospital incubator at Western Regional Hospital in Belmopan, calling it “horrifying” and headlining “A parent’s worst nightmare.” in its paper and online editions on Saturday. 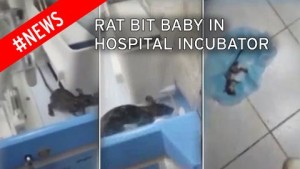 The Mail cites the video obtained by 7 News in Belize this week and features excerpts on their website of the nurses trying to catch the rat, which had previously bitten a premature baby, through dousing it with chemicals.

The nurses successfully picked the rat out and clubbed it to death with a broom handle. The story has also been reported by the Irish Mirror in the Republic of Ireland.

The Mail quotes Channel 7 as saying that Minister of Health Pablo Marin “sent government inspectors to the hospital, and has since demanded an inquiry into management at the Western Regional Hospital,”  but adds that in speaking with the station “he (Marin) does not feel that he is to blame.”

The Mail is a Conservative-leaning newspaper selling upwards of a million copies daily in the UK and the Mail On-line website is the most-visited news website in the world.