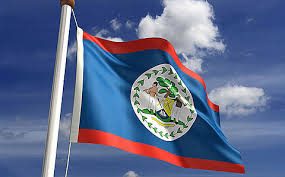 Sunday, September 20th, 2015. By Richard Harrison: “Romans, countrymen, and lovers! hear me for my cause, and be silent, that you may hear: believe me for mine honour, and have respect to mine honour, that you may believe: censure me in your wisdom, and awake your senses, that you may the better judge. If there be any in this assembly, any dear friend of Caesar’s, to him I say, that Brutus’ love to Caesar was no less than his. If then that friend demand why Brutus rose against Caesar, this is my answer: –Not that I loved Caesar less, but that I loved Rome more. Had you rather Caesar were living and die all slaves, than that Caesar were dead, to live all free men?” ~ Brutus, Julius Caesar, Act 3 Scene 2 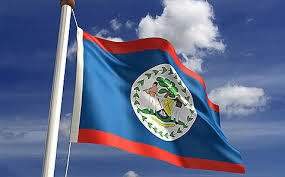 Today, I dedicate this speech to the youth of Belize….the youth is the future….the youth must love themselves and Belize more than they love political parties or their personalities.

To build a better future for themselves and Belize, the youth must take the following into consideration:

I. LEVEL OF AMBITION

If the youth set a low ambition for themselves and aim for the gutters, we will end up in the putrid canals where all gutters end up. If they set a high ambition and aim for the stars, they could reach the moon.

The youth need help with the setting of high ambition. Active parenting and home up-bringing play a big role in this. Belizean parents are mostly incognito, spending only few hours per day with their children….mostly the hours in which they are exhausted and/or frustrated from chasing bread and butter and daily physical pleasures….placing all their weaknesses, frustrations and fears on display in front of their children.

Poor choices of parents have lead to 70% of youth between 14 and 25 growing up mostly in single-parent homes, or with step-parents, grandparents, extended family or foster parents. This “new family” of highly fragmented units some will argue, is not worse than the “traditional family” structure….some would say it is just a reality of the modern world that we must accept….however, more evidence point to that these fragmented family units, more often than not, result in confusion regarding lines of authority…and a growing lack of discipline, with often divergent sets of ethical and moral values, resulting in chaos and confusion in the tender minds of Belize’s youth.

There are certain social myths that have penetrated the entire cultural psyche, such that these poor choices will continue to multiply themselves naturally, if there is no attempt at re-teaching and re-learning our social rules and boundaries….we are in the gutter….and becoming comfortably numb.

The “poor” can set high ambition and the “rich” can set low ambition….it is all relative…and that is why there can be individual upward and downward mobility in any family or society.

It is hard for young Belizeans to set high ambition when what they experience in their homes, families and neighborhoods amounts to what they consider “failure” in an economic system that is not working for most…where the ones that get ahead are doing all kinds of illegal, unethical and downright unscrupulous things to achieve “success”….where the politically favored with their insider-bloated-un-tendered contracts eat lobster, drink whiskey and travel the world at the expense of the majority that must eat ramen, tacos and meatpies daily to “stretch the dolla” and make ends meet. These become the celebrated hero’s of society that the youth aspire to be like….the example of hard working parents….who toil every day with little to no reward…without “success” in their sights….are having little to no say in what direction their children are taking.

Belizeans in general are setting low or no ambition….making poor choices as a result….in increasingly broken and/or fragmented family units….this needs to change.

“Who lies will steal (cheat), and who steals (cheats) will lie”

Sound character is built on trust and respect….on a foundation of good ethical and moral standards.

One must give themselves to be trusted and respected….that these might be earned….through consistent thoughts, expressions and actions. Self-respect must come before one can expect respect from others.

Trust and respect among young Belizeans are increasingly rare commodities. Everything they see, hear and feel is a lie. Everyone is trying to “smart out” the other….using and misusing family, friendship and acquaintances in ways that does not foster trust and respect….on either side.

In the work place, very few young persons are self-motivated such that productivity becomes very low in the absence of strict supervisory staff, increasing the cost-of-operations and cost-of-doing-business, making Belize less competitive and productive….so many “feel” they are doing more than their fair share and are being “cheated” for the little work that they do….with many feeling “justified” when cheating work hours or even stealing workplace resources.

This lack of trust and respect is a growing cancer among Belizean youth….it certainly puts a damper on the future. It reduces the credit rating and investment potential of the youth.

Competitiveness and productivity is central to the creation of new wealth….persons of good character are usually more productive than persons of poor character.

Parents must take back the lead in their homes….they must raise more young Belizeans of good character….more parents must appear to be successful (economically, socially and spiritually) to their children….so that their advice and direction is taken more seriously.

An economic system that makes it too difficult for parents to keep their homes and satisfy the needs and wants of their children is not good for Belize. Major changes need to be made in how the economy is managed. Belize needs to produce more relative to what it imports. The cost-of-production of everything Belize produces must be the lowest possible, as Belize must at first compete on the basis of cost before it can compete by higher means, such as by innovation and creativity. Taxes must be low-broad-based, evenly distributed among all economic actors….not overload most to benefit a privileged few as is currently the case.

Character is easier to build in an environment where the play is considered fair….where anyone has a chance to improve their conditions on the basis of merit, ability and integrity….not on the basis of nepotism, favoritism or political connections, where the offices and work places are filled with the least- qualified, least-motivated, under-productive bunch of party-oriented, corruption-breeding, friends-with-benefits clowns.

The building of good character among Belizeans, especially those in leadership positions, is central to the sustainable development of a beautiful, peaceful Belize. Our economic system must present carrots for good character, and tamarind whips for poor character.

“One, one full basket”

The individual choices of every single person are what add up to determine the future conditions of the individual, family, community and society.

When choices are made based on short-term pleasures or gains that are inconsistent with long-term goals, the future is compromised.

Everyone aspires to a good and long life of plenty and peace….but how many are making the daily, small choices that add up to reach that goal?

Too many are choosing fancy dress, accessories, war-paint and party over food, health and education. Every dollar spent on party and imagery is a dollar less to spend on those things that allow for a good and long life of plenty and peace. This is not to say that party and imagery should not be…but rather that it should be budgeted for. One cannot be earning $250 per week and spending 50% of it on party and imagery. Will one not resort to graft, fraud or immorality to make ends meet? If one is not even working, or earning lower/middle income, why should one aspire to social competition with the imagery of the iPhone, Samsung Galaxy, Michael Korrs and other such expensive brands? Will one not resort to unethical and/or immoral acts to attain such “status” while avoiding dropping out of school? Every choice has a cost-benefit….many times the choice of expensive gadgets, clothing, cars and vacations comes at the cost of healthy food, happy home and good education.

A preference for Jamaican and USA inner-city ghetto and “carnival” culture of wanton vulgarity and indiscretion has penetrated Belizean society through music, dance and television-popularized lifestyles and behaviors….while Belizean traditional cultures are fast fading, and alternative positive cultures from across the world are pushed aside. A major percentage of Belizean girls are drinking and doing drugs and all that comes along with that….competing with the boys to see who can be more macho….to see who can reach deepest into the gutter, calling each other dawgs and hoes and bitches…openly making mating calls on all forms of social media and at the clubs…with obvious complete loss of self-control and self-esteem….exhibiting voids of anxiety, fear and loneliness. Large sections of the boys and young men appear so confused, weak, insecure and without direction…..which causes them to move from zero to 100 in a second, erupting into violent monsters with the spill of a drink….or to withdraw into self-inflicted lonely confinement and/or anti-social, predatory behavior. It appears that there is a growing trend towards some neuter gender and/or homosexuality on both sides, and away from macho or feminine traditional roles of the sexes, creating more confusion. Belize needs a different social direction and cohesion, based on a set of ethical and moral values that is truly and uniquely Belizean….not some fake, copy-cat version of what the social-misfits leading the digital media world want us to become.

Is it not these short-term pleasures and gains that allow one to make the decision to accept money, gifts or favors in return for votes? How many see long-term benefits from selling their vote? A few well-connected get scholarships, job placements and other benefits at the cost to the public purse, but the vast majority ONLY benefit from the $50-300 that they get. They end up paying for it anyway, because those cash or favors are paid for from the public purse….the very same taxes that are paid when they party or purchase imagery and vice.

When the youth vote against their conscience and best interest for the short-term gain of a few dollars or small favors….or being with the “in-crowd”…..the vast majority are destroying their future….because the political-economic elite they create use the public purse largely for the gain of themselves, their family and close allies….developing an increasingly unbalanced distribution of wealth and power….making it increasingly difficult for ALL normal working individuals and families to realize significant relative upward mobility. Indeed, in relative terms, they ALL become more poor, needy and wanting….creating a vicious cycle of breeding poverty-stricken, under-class of vote-selling, unsophisticated fools.

All Belizeans, but especially the youth, must make better every day preferences and choices if the outlook for the future is to be brighter.

The best NATIONAL ECONOMIC PLAN will not work, if personal level of ambition, character and daily preferences and choices are not improved.

Belize, more than ever, needs A YOUTHFUL ECONOMIC REVOLUTION.