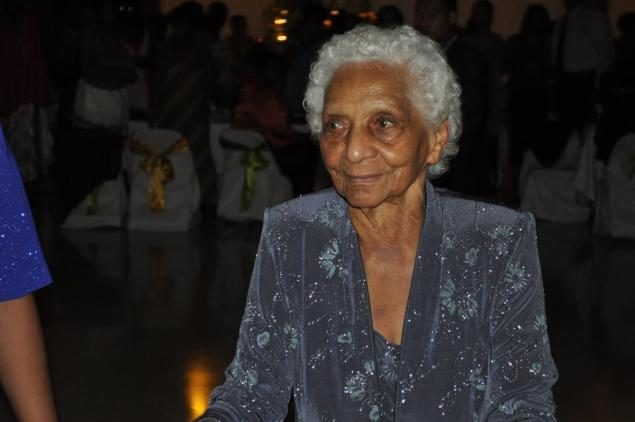 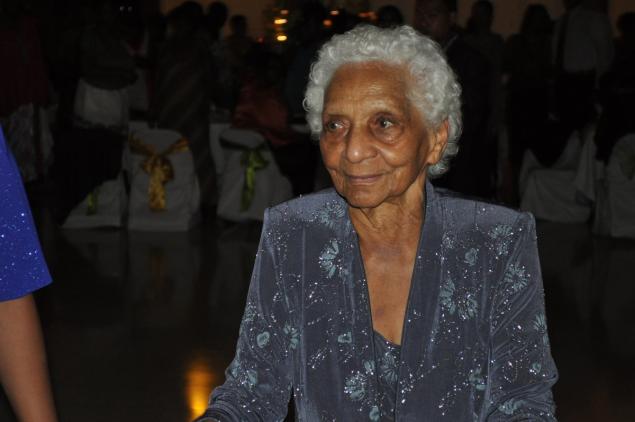 Monday, September 21, 2015. BMG: Rhoda Isabella Cherrington, of Brooklyn, New York City, New York, U.S.A., marks her one hundred and third birthday this week, according to a profile in the New York Daily News.

The last of 14 children born in Mullins River, Stann Creek District on September 23, 1912, she is old enough to remember the landing of Charles Lindbergh in what is now known as BTL Park on the Barracks in 1927 – not to mention her seven grandchildren, 15 great-grandchildren and one great-great grandson spread out from New Jersey to Delaware and Georgia.

Ms. Cherrington will spend the day with family members, friends and fans who she’s shared with her wisdom, experiences, recipes and other gems over the decades. She credits her longevity to “a simple life, hard work and the grace of God.”

Family members say the woman known as “Goddy” has not lost the art of conversation – or the love of her family.

After migrating to America in 1963, the Daily News says, she worked as a home health aide in New York and West Palm Beach, Fla., for more than 20 years — aiding her relatives back in Belize until they too came to the U.S. in the 1970s. She followed her home health aide employment with babysitting — for her grandchildren and other youngsters — until she retired at age 91.

Today, she lives with her daughter Constance Cherrington Ferrell in the Flatbush section of Brooklyn.

A happy birthday in advance to Rhoda Cherrington from Belize Media Group and our wishes for many more!