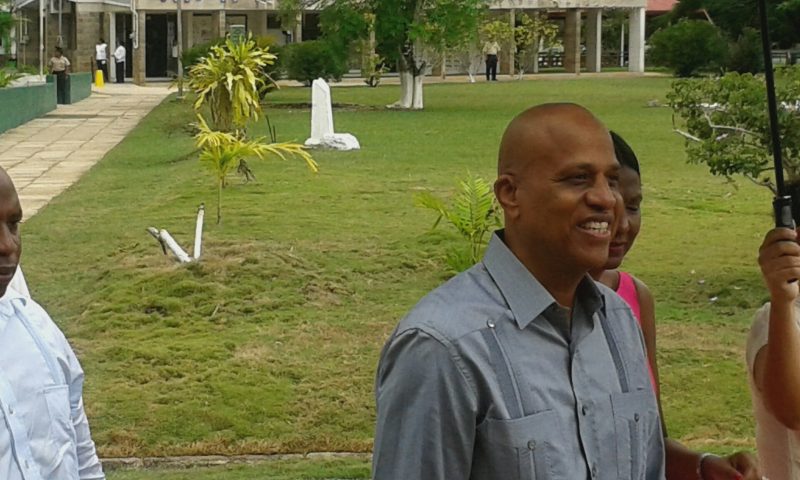 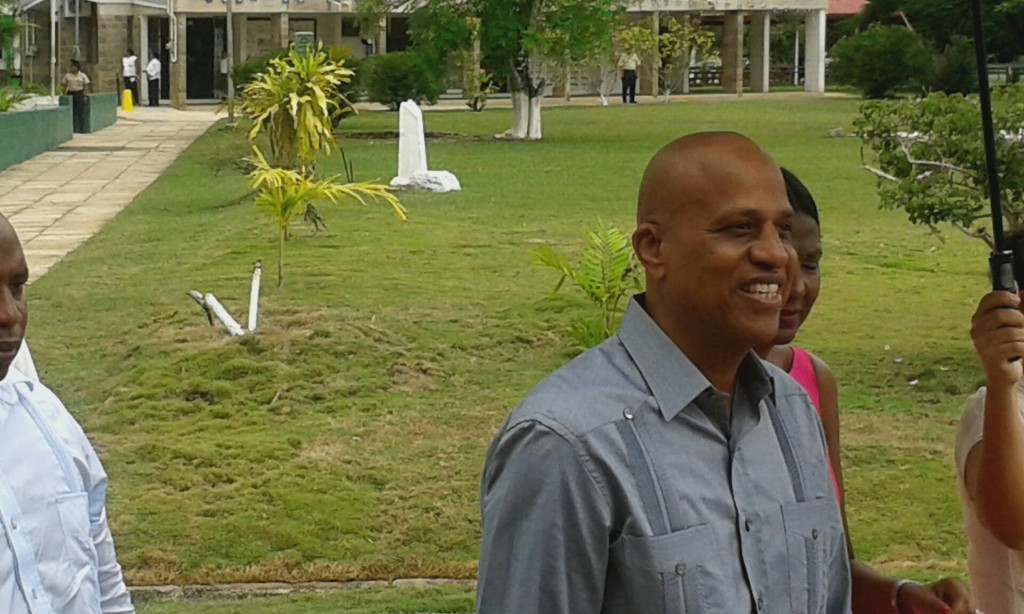 Tuesday, September 22nd 2015. Aaron Humes Reporting: In recent years, the Prime Minister’s Independence Day Message has been treated as more a policy statement than one of patriotism, and this year’s was no exception.

While mentioning that this administration is on its last Independence Day before the next general elections, Prime Minister Dean Barrow adlibbed, “I am not going to announce it,” referring to a date for general elections, to laughter and applause. He has previously stated that it would be called before March of 2016, when the Government will have reached four years in office.

Prime Minister Barrow used his address to highlight both successes and failures in this last year and the grandiose plans for the immediate future.

He served notice with an immediate reference to the settlements of debt for Belize Telemedia Limited (BTL) and Belize Electricity Limited (BEL), claiming “vindication” in the battle to secure these assets for the nation.

“For my Administration, It is almost impossible to overstate the significance of the BEL and BTL settlements. After all, this has been for us a kind of second sovereignty campaign. Now, after six years of struggle, those two fundamental Belizean assets are ours to have and hold forevermore,” said Barrow, announcing that ten percent of Government-held shares in both companies will be offered to the general (Belizean) public. That also means seats on the board of directors – one for BEL and two for BTL –  and a chance to have a say in both companies’ affairs.

Continued economic growth and low inflation, buoyed by Petrocaribe spending and assistance from foreign governments, has helped GOB achieve many of its goals, including a second and soon to be third year of salary increases for public servants including teachers.

Now added to that are planned increases in salaries for the workers of the Karl Heusner Memorial Hospital, a semi-autonomous (because the Government subsidizes it with $36 million per year) body. This $2 million agreed with the KHMH Board and Cabinet sub-committee is coming from bought-out debt owed by the public to the hospital, running to $9 million as of the end of 2014. Government will also fund residual costs for the state of the art Pediatric/Neonatal Intensive Care Unit, now set to open next month, for which Special Envoy for Women and Children Kim Simplis Barrow and Oak Foundation has been leading fundraising.

In return, Barrow says, “We expect that the staff and administration at the KHMH will begin to demonstrate immediately their ability to engage in efficient cost recovery and the cutting of waste; and that they will start to move now towards the financial self-sustainability that autonomy for the KHMH was supposed to mean.” An additional $2 million in bills to Government hospitals in the districts will also be forgiven.

On the matter of infrastructure, the Prime Minister lauded the 20 million dollars spent in village constituencies with Petrocaribe funds, “and we are not done yet.”

To underline the importance of tourism, three ambitious new projects will be launched. In San Pedro, another four miles of the North Ambergris Caye road will be paved, for a total of 11 miles; the final contract will be for the completion of the entire road up to the Basil Jones Airstrip which will be redeveloped, redesigned and expanded into the country’s second major international airport, to be named after late San Pedro resident Efrain Guerrero.

Secondly, there will be a new road to Lamanai in Orange Walk via Bermudian Landing and Lemonal, opening up the entire area for increased tourism opportunities; and lastly, a paved highway to Caracol will be opened from both Georgeville and Santa Elena Town, starting with rehabilitation from Cristo Rey to San Antonio, and from there to Georgeville; additional funds from OPEC and Kuwait will complete the route to the Mountain Pine Ridge to Caracol, also helping the Government with securing the area.

To tackle crime, the Prime Minister talked up the plans for US$30 million borrowed from CABEI for security forces as well as the ongoing community outreach of police on Southside Beize City and job and housing opportunities with the second phase of the Southside Poverty Alleviation Project.

Also in national security, according to the Prime Minister, “the Coast Guard will get two new, latest model vessels for maritime protection and illegal drugs and fishing interdiction. And the BDF will be able to acquire multiple additional assets that, along with the one helicopter already confiscated and the two more coming from Taiwan by Christmas, will greatly increase its capacity as the front line guardian of our territorial integrity. Of course, the BDF will also build the forward operating base on the North Bank of the Sarstoon River as it continues to assert and exercise Belizean sovereignty in that area.”

There was no specifics offered, but the Prime Minister did offer another warning that “we do not need civilians, however well-intentioned, to complicate matters. In flashpoint situations, preservation of the sovereignty and security equation must be left to our trained, professional, and highly skilled military; a military that has time and again demonstrated its ability to take care of business and perform at a level out of all proportion to its small size.”