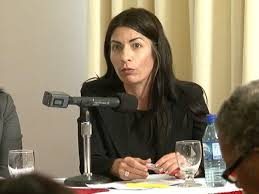 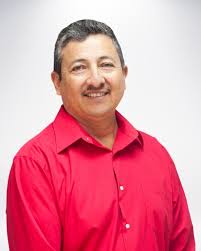 The Government of Belize plans a FIFA-approved international-level stadium. The completion of the sport complex is expected to take between eight to ten months at the most.

The project is being coordinated by Belize Infrastructure Limited (BIL) in collaboration with the San Pedro Town Council (SPTC), and executed by AM Construction Company from the Orange Walk District.

Town Mayor Daniel Guerrero stressed on the significance this new project has for the sporting community. Citing the level of sporting talent on the island, he pointed out that even with the lack of sporting facilities, San Pedro athletes have managed to make their presence recognized nationally and internationally.

Can the selected design be successfully completed? Guerrero thinks so, and says the Town Council will push for its completion.

Addressing concerns that a local contractor was not tapped, he said he did not think any one contractor on Ambergris has the equipment that those on the mainland do. He added that there are plans for a convention centre which will host events such as, volleyball, basketball and many other activities.

According to general manager at BIL, Christy Mastry, the location of the Ambergris Stadium makes it ideal for such a project to take place and to be successful.

“The design of the project was able to come through as we were looking for an area to get a grassed football field. When we worked on the Saca Chispas area, that venue had to stay as sand due to the different events that take place there, so we could not put grass at that location. So we had to find an area where we could dedicate into sporting and particularly football for athletes of all ages. After we received the design we sent out invitations to three to five contractors who have 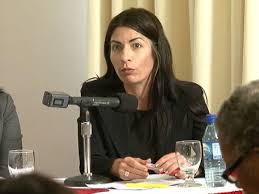 qualified for projects of this nature before, and a bidding process began. We use a standard pre-requisite for qualifying bidders and we look in their experience, the availability of funds and from there we look at the most competitive price.” stated Mastry.

She mentioned that the contractor who will be spearheading the construction of the stadium has done previous works on the island. “We give priority to local companies within the area of the project, however, because of the requirements needed for this project and the budget; we need to make sure that the contractor has all the qualifications necessary. We did invite contractors from the island, but unfortunately they did not meet the necessary requisites. But that does not preclude them from being sub-contractors in the project and also it does not preclude us from using local labour wherever possible as well.”

Mastry further explained that about $3 million will be spent on the project and they are looking for a potential site for a semi-enclosed sporting facility for other sports.

Island representative and Minister of Tourism, Culture, and Civil Aviation Honorable Manuel Heredia Jr. said, “The present government is investing in the country, we want to see our youth succeed, especially in sports and with this new sport facility we hope to encourage our young athletes, to stay in sports and develop their talents.”