Why are streets flooding after concreting in Belize City? 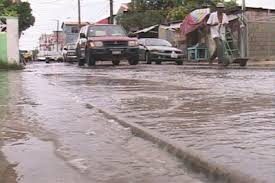 Friday, September 25, 2015.  BMG: With the return of the rains comes mounting problems for some residents of Belize City, which at just about sea level is prone to flood quickly in low-lying areas after a spell of rain. 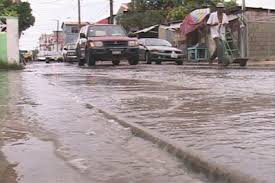 One such example is Dean Street between West Canal and West Collet Canal, which is practically inaccessible during rainfall. Even though the street is now concreted the problem persists.

The solution in a word from Mayor of Belize City Darrell Bradley is drainage – but there’s not much of it. He conceded to 7 News that even with increased workers they have not been able to keep up with drain inspection in certain areas, although they do monitor hotspots and assign staff to work 24 hours per day.

The new streets are designed to run off quickly after a slack in rainfall. More than 130 streets have been concreted during Bradley’s administration but some are beginning to show signs of wear and tear or poor construction.