The reason general elections haven’t been called yet

Shyne seeks legal help for return to US tour 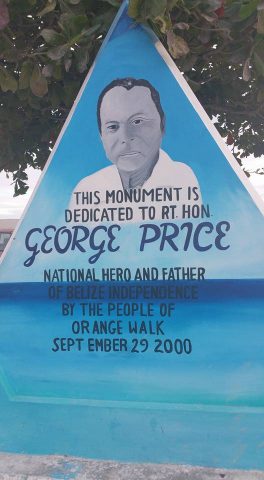 Friday, September 25, 2015.  BMG: Yesterday, a picture of the George Price Monument located on the George Price Avenue and Stadium Street in Orange Walk Town was posted on Social Media and triggered a barrage of opinions from supporters of both political parties.

The Facebook user noted that the monument needed to be fixed since it was clear that the wording was tampered with. What was originally meant to be “Monument” was altered to read “Monoment” and on the date, it also showed signs of alteration.

This sparked a war of words between supporters of each political party and even caught the attention of the Mayor of Orange Walk Town, Kevin Bernard. Bernard says that he believes that the incident is another attempt of the UDP and its supporters stirring up political mischief.

The Faceboook user who posted the picture claimed that his intention of the post was not to cause any political mischief but simply to bring it to the attention of the officials for the errors to be fixed.

Late yesterday evening, the Mayor sent a crew out to remedy the errors.

As you can see from both pictures, the George Price Monument has been restored to its original state. 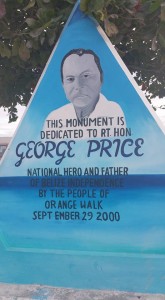 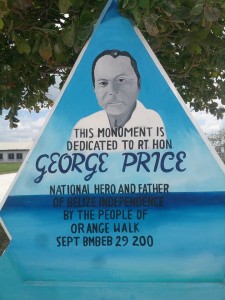