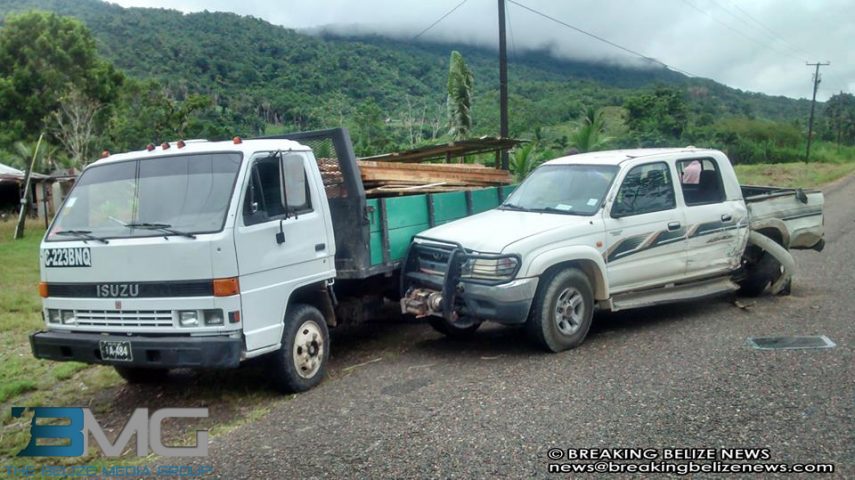 Saturday, September 26th, 2015. Chrisbert Garcia Reporting: Three persons are lucky to have escaped with only minor injuries after being involved in a traffic accident on the Stann Creek The impact caused Emmanuel’s pickup to crash into a parked lumber truck, almost crushing a male person who was changing its tires at the time, who had to dive underneath it to save his life.

Since no one was seriously injured, police were not called to the scene. Emmanuel’s vehicle was extensively damaged and the other two trucks received

Emmanuel told us that sometime today, Azueta and himself will go to the police station in order to make statements and inform them of the incident. He added that Azueta has accepted fault for the incident.

Emmanuel and the other male person who dove under the lumber truck, received only bruises and did not need to be admitted into the hospital.