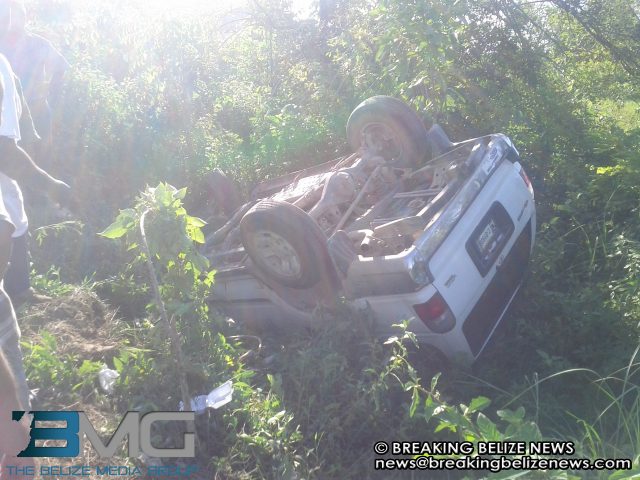 Saturday, September 26th, 2015. Chrisbert Garcia Reporting: Several people are lucky to have escaped serious injury after a Toyota 4-Runner they were traveling in flipped in the New City Area of Punta Gorda (PG) Town a short while ago.

Reports are that about 5 persons were inside the vehicle driven by a Belize Defense Force (BDF) soldier, when the front brake malfunctioned, locking up the wheel and causing the vehicle to veer into a ditch.

The scene was dramatic, fortunately no one received any injuries and police visited the area but left shortly after, since no other vehicle was involved in the incident.  The driver of the 4-Runner says that he was not speeding, nor was he under the influence of alcohol and that it was simply a case of mechanical failure.

Motorists are advised to be careful while driving in that area of Punta Gorda as the street has ditches on both sides and is riddled with potholes.