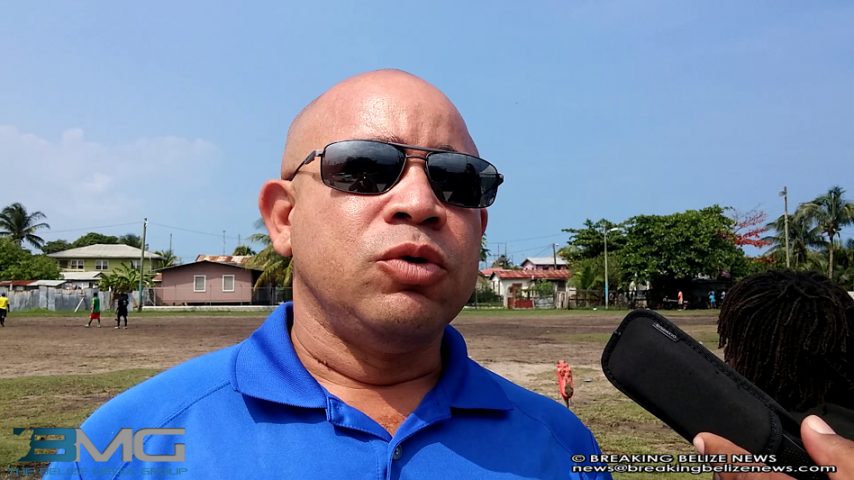 featuring participation from ten teams across the City, including a few from Northside.

PUP Albert Standard Bearer, Paul Thompson told us the event was meant to showcase the PUP’s commitment to greater sporting opportunities for all Belizeans, in an area that has produced lots of talent who have little chance to show their skills.

The tournament is single-knockout and on our arrival Thompson told us four games had been played and the second round was about to begin. Earlier in the day the team representing Port Loyola was defeated by a score of 3 goals to 1 according to PUP standard bearer Gilroy Usher, Sr.

But he says it is all in good fun, despite the condition of the pitch at Berger Field which Sports Minister and Area Representative Herman Longsworth has

been wrangling with since he announced plans for major upgrades a few years ago.

Usher told us that Minister Longsworth has only poor excuses for not being able to properly upgrade Berger Field, given their access to Petrocaribe funds. Meanwhile Thompson, who will be challenging the UDP’s standard bearer Tracey Taegar-Panton, says Berger Field is part of his plans for sports in the area.

The marathon concluded after 4 Sunday evening.