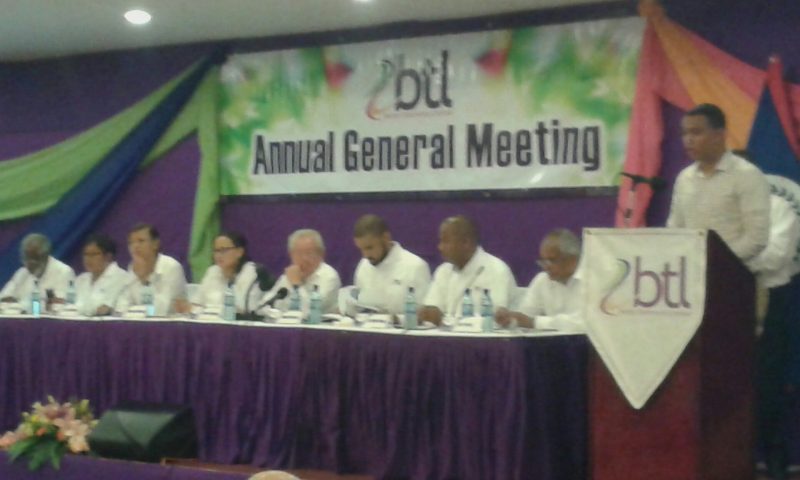 Tuesday, September 29, 2015.  Aaron Humes Reporting: Shareholders heard from the board of directors of Belize Telemedia Limited (BTL) at tonight’s Ninth Annual General Meeting (AGM) at the Biltmore Plaza Hotel that the company’s profits had slipped again, by $2.1 million to $17 million; however, this erosion, said company chairman Nestor Vasquez, is due to depreciation of assets and not to any internal trouble.

Vasquez touted a laundry list of accomplishments, many of which were expanded in the company’s video presentation. Chief among these are successive dividends declared, totaling $72 million in six years, multiple increases in internet speeds for lower prices; continuing promotions and development.

The company plans to introduce LTE technology as part of its “Culture Change Initiative”, a top to bottom re-do of the company’s goals, aims and plans.

Concerning the settlement of BTL’s ownership, Vasquez said BTL would float Treasury bonds to help repay the loan to the British Caribbean
Bank (BCB) which Government acquired as part of the nationalization of the company in 2009 and again in 2011, and proposed a sinking fund to help pay interest on the bonds, which he said can be rolled over and are not expected to affect the company’s profits.

We will have more on the AGM later on.