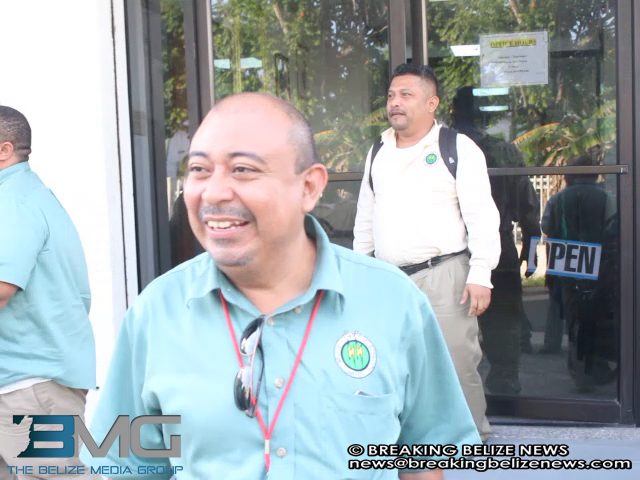 Wednesday, September 30th, 2015. Aaron Humes Reporting: It was supposed to be a routine signing; most of the details were said to have been hammered out over the course of Tuesday afternoon, 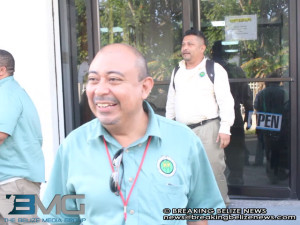 evening and into the wee hours of the night and early this Wednesday morning.

But after arriving just before 3:00 this afternoon at the Labour Department, the representatives of the Belize Energy Workers Union (BEWU) and senior management at Belize Electricity Limited (BEL) did not emerge until after 4:30.

Fortunately for the workers, crisis has been averted and the beginnings of a Collective Bargaining Agreement are agreed. General Secretary of the Union and President of the National Trade Union Congress of Belize Marvin Mora says the biggest gain was in salaries for workers – a total increase of 7.5% over four years, with retroactive payment from January due for those workers who qualify.

According to Mora, the work is not yet completely done; a few issues still remain to be worked out. But the result did not come without what Mora describes as a “tense atmosphere”. He says workers did not want to put a foot wrong on this final leg of a journey that started in November of 2014.

Now that they have succeeded, Mora credits Prime Minister Dean Barrow for his understanding of the situation and his assistance with resolving the situation at the final. But he points out that even with a meeting planned, the membership had taken the vote to go ahead with the strike if an agreement had not been reached.

Approximately 150 BEL employees of the 200-plus strong workforce are members of the BEWU. The agreement, when completed, will last for four years.