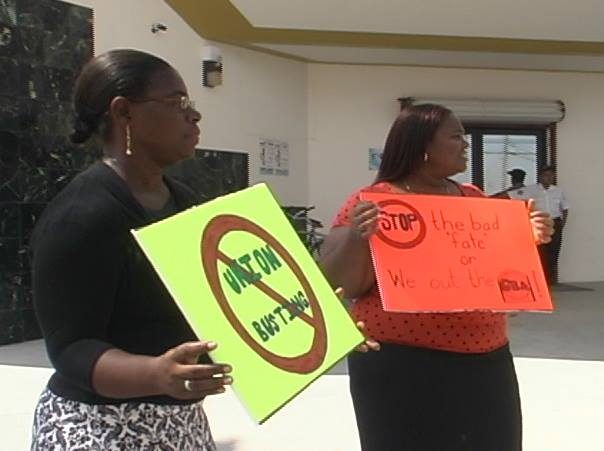 Tuesday, October 6, 2015.  BMG: Yesterday, during their lunch break, employees of the Social Security Board Orange Walk branch staged a protest with placards in hands expressing their disapproval of management’s decision to not compensate them for their uniform allowance. 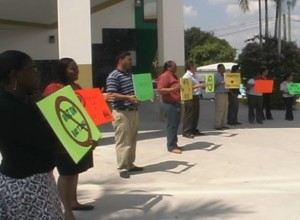 For context, under the Collective Bargaining Agreement (CBA) workers are to receive new uniforms every 18 months but that has not happened since the period expired in December.  President of the Christian Workers Union (CWU) Audrey Matura-Shepherd, on behalf of the employees stated, “There has been a process and there have been attempts and discussions and negotiations to get management to come around to accepting that lets the present CBA, the protocols and procedures already established. If you do not give the employees their uniform every 18 months as you should, then you need to give them a clothing allowance. This is an agreement. It’s not like they are fighting for something new. This is already a right and entitlement that they have.”

SSB’s management, however, says they are not to blame for the delayed uniforms. SSB Chairman Dough Singh told the media that the committee responsible for confirming the style and other details of the uniforms comprises of three union members and twp members of management. 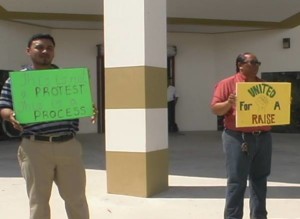 In addition, management says the workers are not entitled to any financial compensation because according to their understanding of the agreement, there is nothing stated about compensation. Singh further stated that it is unreasonable and simply unconscionable for the workers to ask for compensation when management is already spending a significant sum for quality uniforms.

Of note is that the uniforms that have been procured from Trinidad this year cost a total of $277,000 for 273 employees. Singh said that management is considering reducing the budget set for workers uniforms because in his view $277,000 is simply too much.