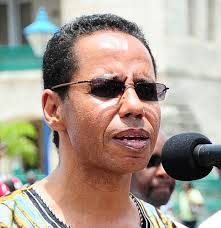 Wednesday, October 7th, 2015. Aaron Humes Reporting: The chairman of the Caribbean Pan African Network, an organization with members in 17 Caribbean territories, has rejected the notion of a 300 million 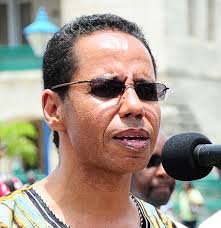 pound aid package to be offered to the region by British Prime Minister David Cameron, who recently visited Jamaica.

What the region needs is not charity, says David Commissiong, but reparations in the form of capital payments and developmental projects to compensate for the damage inflicted on African descendants of slaves brought to the Caribbean through the slave trade and various acts of what he calls genocide and crimes against humanity.

Commissiong accuses Cameron of descent from an ancestor who directly participated in and profited from slavery and subsequent compensation for the loss of his “human property” and says he has neither the standing nor moral authority to tell black people to move on from a wound so deep that it has not been repaired or healed.

The Network further describes the “condescension” and “contempt” of Cameron’s plan to build a prison in Jamaica to incarcerate black Jamaicans to be deported from the UK, and states that these represent a continued “imprisonment” of the Caribbean people and spirit.

Reparations, Commissiong states, are a validation of our humanity and a chance to hold the current representatives and beneficiaries of the original criminals of slavery accountable. It is a matter, he says, of law and morality.

Citing the British statement in 2001 that the slave trade was “legal” and thus not something to be repaid to future generations, the CPAN says that Caribbean leaders will have to move to a more confrontational style of handling the issue instead of expecting that Britain will do the right thing.

The network says it will work to unite all allies and gain public opinion while at the same time isolate and publicly embarrass those who continue to deny the issue.