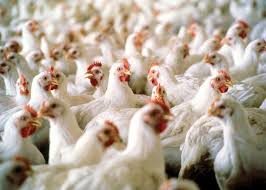 Friday, October 9th, 2015. BMG: The Belize Agricultural Health Authority (BAHA) recently conducted a depopulation of birds infected with Avian Influenza H5N2 in four areas, namely, Red Bank and Bella Vista villages in the south as well as Fireburn and Sylvestre villages in the north, where suspected outbreaks were reported in backyard poultry.

Earlier today, a press release from BAHA declared that Belize had regained its free status from H5N2 which had also been circulating in one of the most important poultry sectors in the country, being the Spanish Lookout Area. The release stated that due to rapid response and early detection of the Influenza, it has not been allowed to spread and that the department thanks the poultry industry for its support.

In the release, BAHA reminded commercial poultry farmers to continue enforcing bio-security measures and for the general public to report any sick birds. It also took the opportunity to ensure the general public that poultry meat and eggs are safe for human consumption.