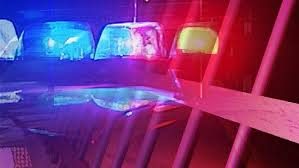 Friday, October 9, 2015. BMG: San Ignacio police, in an effort to control the distribution and sale of illegal substances in that municipality conducted a number of searches with warrants in hand and with the assistance of the Special Branch Tactical Response Squad. 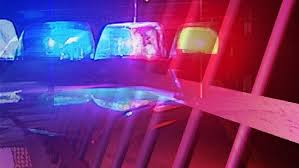 Twenty-eight-year-old Ramona Vasquez from Blackman Eddy Village in the Cayo district faces charges for possession of a controlled drug. According to San Ignacio Police, they visited Vasquez’ residence with the warrant where she was informed about the purpose of the visit and she allowed them in.

Vasquez escorted the officers to a bedroom where she handed over a small container which contained six small pieces of aluminum foil containing a green leafy substance suspected to be cannabis. As a result police officers informed her of the offense committed and she was escorted to the San Ignacio police station where the substance was weighed and amounted to 6.7 grams.

The second operation, carried out at 4:00 p.m. on October 6th at the residence of Wilfred Bevans located on #17 Saturn Street in Santa Elena Town in the Cayo District, resulted in the discovery of suspected cannabis inside a zip lock bag on top of a wooden stand. At the time of the search Wilfred Bevans and Bridget Sandra Dee were present. Both were informed of the offense, cautioned and escorted to the San Ignacio Police Station where the substance was weighed and amounted to 22 grams of marijuana. They were jointly arrested for the offense of “possession of controlled drugs”.

The third operation was conducted at around 10:45 on Wednesday morning, October 7th at the residence of Luis Rosales in San Antonio Village in the Cayo district. The search resulted in the discovery of a transparent plastic bag containing suspected cannabis in a sock that was in the second draw of a closet in a bedroom.

It was shown to both persons present, who were informed of the offense committed, cautioned, placed under arrest and escorted to the San Ignacio Police Station where the drug was weighed and amounted to 14 grams. Luis Rosales, a 23-year-old Belizean Farmer, and Damaris Castro Rosales, a 20-year-old Honduran domestic, both of San Antonio Village were arrested and charged for the offense of “possession of controlled drugs”.