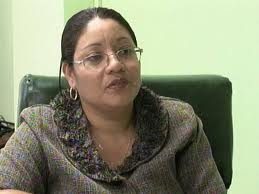 Sunday, October 11, 2015.  BMG: On Friday the Elections and Boundaries Department hosted a meeting with agents and representatives of political parties to present the ground rules for the upcoming general elections on November 4.

But before we tell you about that meeting: Chief Elections Officer Josephine Tamai reported on two incidents that are suggested to be attempts at intimidation of the Department. In Benque Viejo Town, a female registering officer who was working late as most officers of the Department do at election time earlier this week, was confronted by someone claiming to be a candidate and demanding to know what she was doing inside. The officer replied that she was working. The office was kept closed and police were on patrol, including one stationed at the premises. 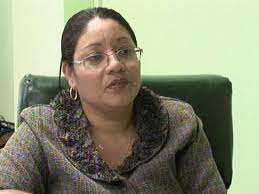 The conversation was apparently recorded.

About an hour after, according to Tamai, the officer was about to leave, being escorted by a police officer, when she saw a group of persons outside and one of them apparently confronted her and hit her in the face. The matter was reported to police.

And here in Belize City, someone was seen throwing eggs at the door of the registration office for the Northside divisions in the BEC Layout and later, authorities found what was confirmed to be a confetti bomb as used in a wedding or party, but was initially suspected to be a grenade. Tamai says the Department is only trying to do its best with its job and there should be no need for intimidation.

This is the Department’s fourth election this year, preceded by by-elections in Cayo North and Dangriga and the municipal elections in March. The Chief Elections Officer says the Department has finalized the list of nomination stations, polling and counting stations and procedures.

Counting will be done simultaneously among all divisions to get the results out more quickly.

The Department says it has been preparing even before Prime Minister Dean Barrow announced the elections date and has requested adequate staffing to ensure that all that needs to be done in a short time period will be done.

Concerning the voters’ list for the election, there has been no re-registration exercise since the first in 1997, but CEO Tamai says the list is regularly updated and has integrity. No voters who registered or transferred divisions after September 9 can vote in this upcoming election.