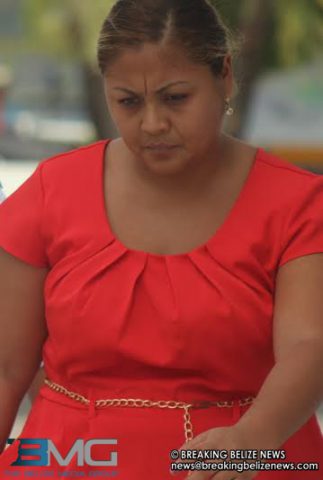 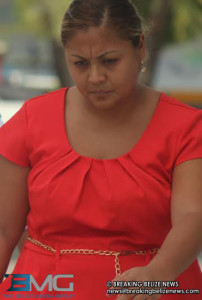 But there is no decision, as Justice Gonzalez reserved his ruling until Friday, October 16. “Because I must give very serious consideration to what both sides had to say in submissions made, I will deliver my ruling on Friday…” Justice Gonzalez stated at the end of the hearing. He has many factors to consider.

There is an affidavit that Keyren Tzib has allegedly been verbally abusive to an inmate before she was scheduled to return to court. Even her doctor who diagnosed her isn’t certain himself if she can control her emotions and not strike again if granted bail.

Tzib, who was said to have arrived at court in a joyful spirit, left looking worried and disappointed when the court had not yet decide if she would get bail. Crown Counsel Sheneiza Smith was adamant that Tzib poses a threat to herself and the public, since the doctor in his testimony was not 100% certain about her condition.

Smith submitted that what the court must be concerned with is getting Tzib on her treatment so she can control her behavior, and if the prison must prepare to work with her on a regular basis that can be arranged, but she can get her medication whilst in prison.

The Crown noted that despite the lessening of her issues with regular medication and treatment, Tzib admitted that she had not been taking her medication regularly, contrary to the conditions of her last bail grant by Justice Herbert Lord in May, and that greatly expands the possibility that she becomes a threat to society.

Justice Lord set bail in relation to Tzib’s shooting of superior officer Kurt Hyde aboard a Coast Guard coming in to Belize City in April 2015. And if she wasn’t taking her medication whilst out on bail, Smith said, who is to say she will not do the same again and be a threat to society and herself?

Tzib is also alleged to have threatened an unidentified prisoner whilst at the Belize Central Prison, reportedly blaming that person for her troubles and threatening to take her handcuffs and rip out that person’s eye, in the reported hearing of a prison officer.