BREAKING: Shooting in the old capital 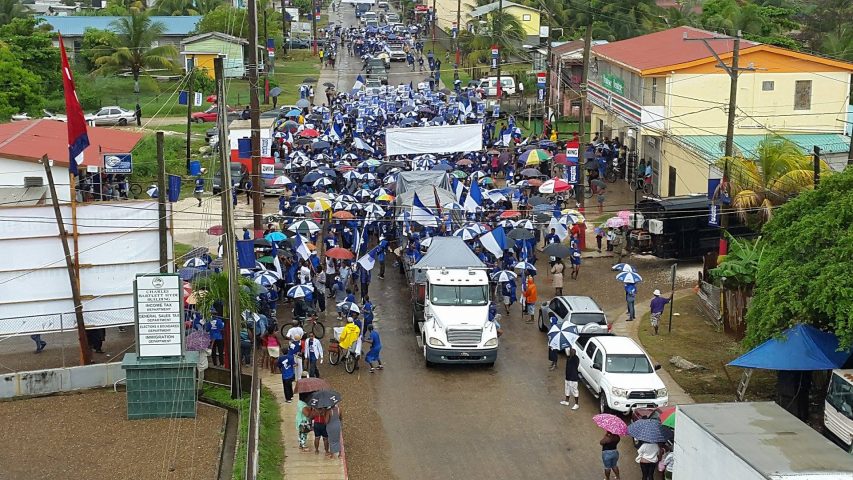 Friday, October 16, 2015. Aaron Humes Reporting: Belize City, like most of the nation, awoke today to light to moderate showers. But there was no stopping the nomination day jam for the political parties seeking nomination and a chance to flex political muscle.

The People’s United Party (PUP) were first up and their supporters were jubilant as they marched beneath the pouring rain to the Charles Bartlett Hyde building.

All expressed their joy at being one step closer to forming the next government of Belize, should they be successful on November 4.

Party leader Francis Fonseca was more introspective, as this is the first Nomination Day he has marched without his late mother, Molly.

But he predicted that the PUP would win “no less than” 18 seats on Election Day.

Fonseca also raised the warning that UDP supporters are being paid through the Government accounting system Smartstream to participate in their parade, suspecting that this may be with Petrocaribe funds – about $150,000.