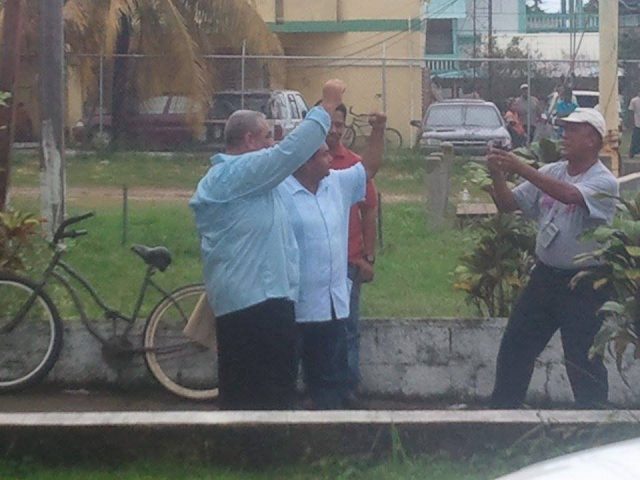 Friday, October 16, 2015.   BMG: A thick crowd gathered at the Punta Gorda (PG) court building this morning after an extensive motorcade through the town, all wearing blue shirts in support of the People’s United Party (PUP) candidate, Mike Espat, who was officially nominated to contest in the November 4th general elections at approximately 11:20 a.m. today. 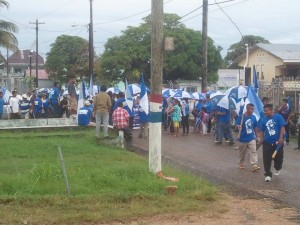 Roughly 600 people paraded up Front Street to the court house then cheered as Espat stepped inside to complete the nomination process. Pumping his fist in the air after emerging from the building, the current area representative of Toledo East was met by his PUP brother and area representative for Toledo East, Oscar Requena, who had just finished his nomination process a few minutes earlier at the Toledo District Education Office.

Both men were then swallowed by the crowd of avid party supporters as they marched all the way to the PG Central Park with a mobile sound system blasting PUP campaign songs. At the park, they addressed the crowd and assured it that on November 5th, there will be a PUP government in office. 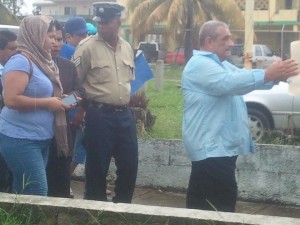