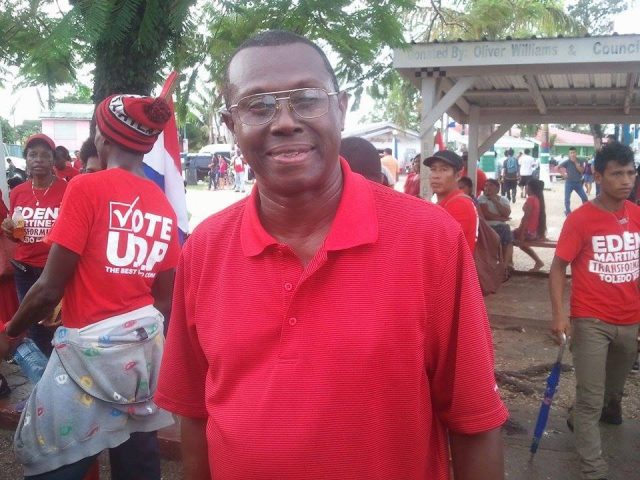 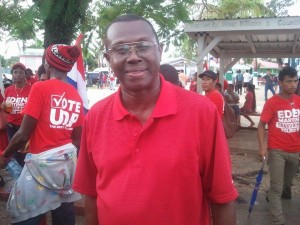 then blocked off an entire street as they watched standard bearer Peter Eden Martinez walk into the court room to complete the nomination process.

The crowd of about 400, dressed in red, danced to the beat of Garifuna Drums as they awaited the return of Martinez and when he stepped out, he was greeted by UPD chants and hugs from his supporters. He then joined in the dancing and led the march towards the UDP office where he and Minister Godwin Hulse addressed the gathering.

In his message, Martinez spoke of the injustices area representative Mike Espat has done to the people of Toledo East and urged them to not make the mistake of electing 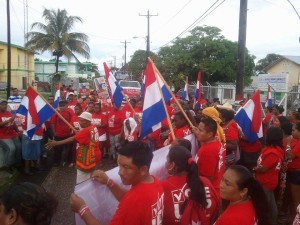 a PUP area representative again. Hulse shared the same sentiments, as he encouraged all voters of Toledo East and West to vote red and told them that every other part of the country will be voting red as well.

Juan Coy, who is contesting for the Toledo West constituency under the UDP, was also nominated this afternoon at the same time as Martinez. 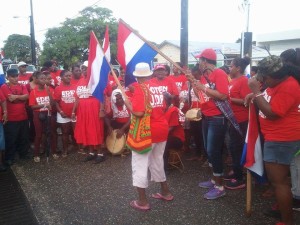 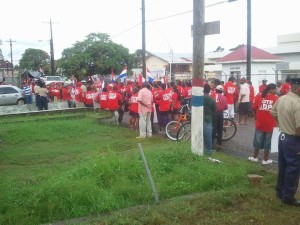