BEL warns about the dangers of illegal connections 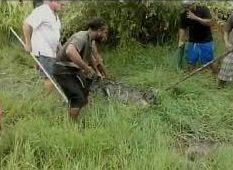 Tuesday, October 20, 2015. BMG: A huge crocodile measuring nine feet in length was handed over to the American Crocodile Education Sanctuary (ACES) on Sunday after it was spotted in the Karl Heusner Memorial Hospital (KHMH) compound. 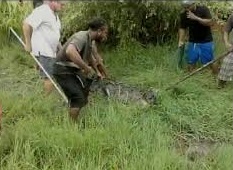 The animal is believed to have come out of a nearby drain with the help of the rising waters. The spectacle also caused a traffic jam for hours until a group of concerned citizens decided to capture it with a vehicle-towing strap and then used duct tape to keep its jaws closed.

Police then took it in their bus and handed it over to the ACES where it is now safe and secure, putting an end to what was one of the many bizarre incidents that happened in the city over the weekend.