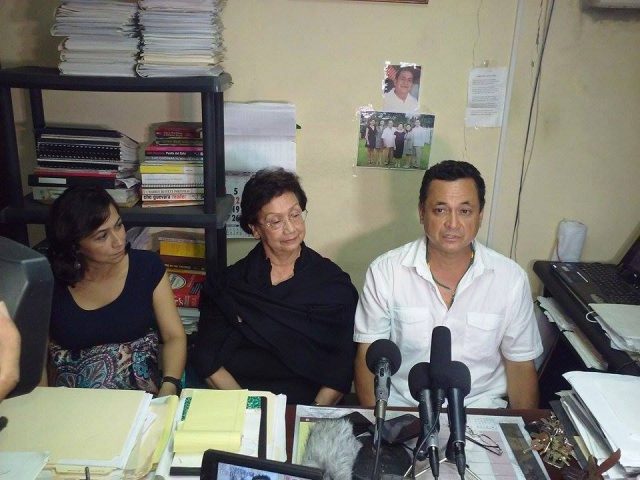 Thursday, October 22, 2015.  Orange Walk Bureau Reporting: Following a damning allegation against Ramon Monchie Cervantes yesterday in the Orange Walk Magistrate’s Court from one of the accused men charged for murder of his father, today he along with his mother and sister called a press briefing to set the record straight. 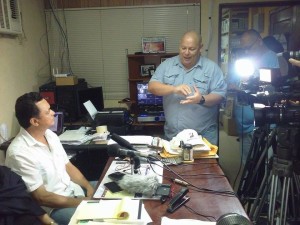 As we reported, one of the accused men, Noe Gonzalez, declared that while the case has gone over a year, the person “responsible for the murder of Ramon Cervantes Sr is sitting in this court” and proceeded to point out Monchie Cervantes as the one that orchestrated the hit on his father.

That damning allegation, we are told, was recorded but dismissed by the magistrate citing that the allegation should have been made in his initial recorded statements to the police.

This morning, Monchie stated on the record that the allegation is one solely politically motivated, “malicious and completely false.” Cervantes Jr said “they killed my father and now they are trying to murder my reputation.”

Vilma Cervantes who is Monchies Mother stated on record that she knows “this is political maliciousness because he (Monchie) and his dad always worked together, respected one another and as family they were very close and would never do something like that,” end quote. 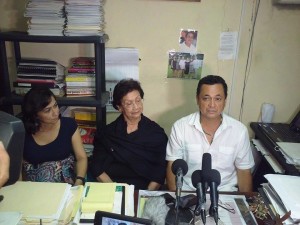 Since the patriarchs’ death, a phone recording allegedly from ring leader Manuel Castillo alleges that Cervantes’s political opponent Deputy Prime Minister Gaspar Vega is the one who orchestrated the murder.

Vega then filed a suit for libel and defamation of character on the recording which was broadcasted on air during a family event on his father’s canefield; the field he was abducted from and last seen alive. And while Cervantes dismissed the allegation, he stated that politics in Belize has reached a new low and that the authorities are covering up many things.

At the end of the briefing, Vilma Cervantes who read a prepared statement expressed that and we quote “As a family we are completely disgusted at the recent developments in the case.

Anyone that knows my family will know that two weeks after my son won a convention, my husband was brutally murdered and now two weeks before a general election my son is being falsely accused. Isn’t this merely political maliciousness? What are they afraid of, losing power? 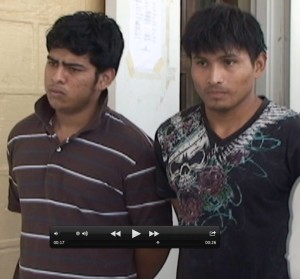 The truth of my husband’s murder? We are still grieving the loss of an honorable man who gave so much to his community. And instead of having a proper investigation, we have gross, malicious political interference,” end quote.

Meanwhile, the three men accused have been remanded to prison until their Supreme Court hearing in January and Manuel Castillo remains on the run.