BPP calls for postponement of elections 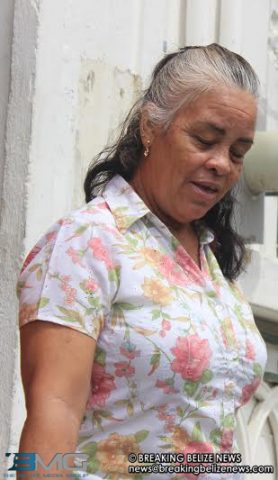 She was originally convicted of murder, but granted a retrial. Now she has pleaded guilty to manslaughter, and the 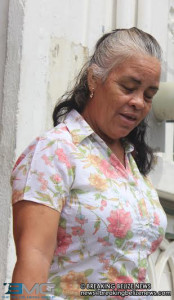 sentencing phase began this afternoon even as police were processing the scene of Philip Barrera’s shooting death.

However, Supreme Court Justice Adolph Lucas said he would make his ruling, orally and in writing, next Thursday, October 29 concerning time to be served and time of remission.

The court heard from psychiatrist and medical officer Bryan Sommerville, employed with the Kolbe Foundation for six years, and three family members.

Sommerville testified that he visited Pook in the female section every day for 6 years and he found her to be a very quiet person who seldom complained of anything.  He said she spoke to him about how remorseful and sorry she felt after killing her common law husband and that she never meant for it to happen like that.

A family member who spoke in Pook’s defense claimed on the stand that the late Vasquez was allegedly molesting a child who is a family member of theirs. She described her parents’ relationship as one of highs and lows, the latter coming when he was under the influence of alcohol and prone to hitting her and throwing utensils at her, leaving marks and bruises.

The court also had a report from a Dr. Richard Latam in which he found Pook to be suffering from battered women’s syndrome, and noted that according to the convict, to avoid conflict with Vasquez, she became passive, and when he got over his episodes he would be contrite. If the abuse had continued, the doctor said, Pook could have slipped into post-traumatic stress disorder and depression. The court will be studying two recent popular cases concerning the effects of battered women’s syndrome and post-traumatic stress disorder.

These are the case of Lavern “Anti-Christ” Longsworth, whose murder conviction for the death of David White was overturned last year by the Court of Appeal and an eight year sentence less time served on manslaughter was substituted, and Felicia Chen, who pleaded guilty a few weeks after Antichrist’s case was resolved to manslaughter for the killing of her three children whom she drowned at the Belizean Beach a year earlier.