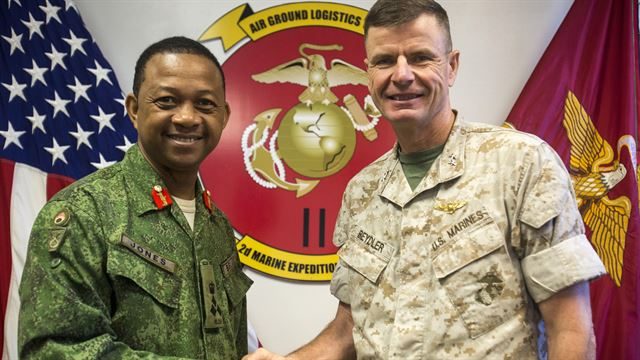 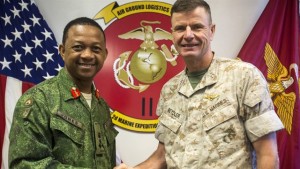 BDF Commander Brigadier General David Jones led the group and said that for him, the visit provided a better understanding of the Corps’ capabilities and how Belize’s unique training capabilities could benefit their American allies and give Belize a greater defense role in the Caribbean community. He called the American partnership the strongest in the fight against drugs and narcotics.

The Belizeans also sought out opportunities for our forces to train alongside Marines and build partnerships between the two countries in an effort to tackle transnational organized crime.

Joined by the leaders of the southern Marine Corps Forces, the group visited II Marine Expeditionary Force and the School of Infantry East between October 20 and 22.

According to Brigadier General Eric Smith, commander of Marine Forces South, 25 Marines are living and training in Belize, leading BDF troops in land navigation and marksmanship skills. He said that Belize’s fight against drugs helps the U.S. protect its homeland, and added that the two forces support each other and the Marines gain just as much as they give.

The Marines were in Belize earlier this year for a training exercise under the region-wide Trade-winds 2015 exercise.