Ten computers handed over to schools 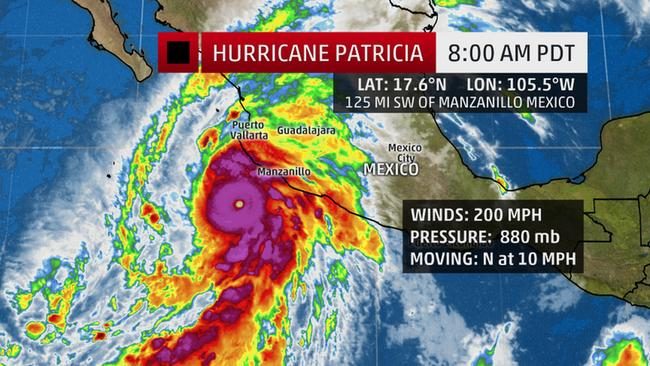 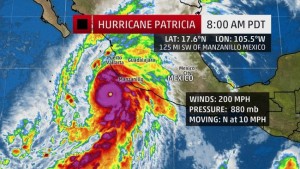 Patricia is currently heading towards Mexico’s Pacific Coast and is forecast to make landfall in the country’s Jalisco State this evening as a Category 5 hurricane, which is expected to cause mass destruction.

Mexican authorities and residents are in a frenzy, trying to prepare for what is predicted to be the strongest hurricane ever to make landfall on the country’s Pacific Coast. At 4:00 a.m., the eye of the hurricane was about 145 miles southwest of Manzanillo, Mexico and was moving north-northwest at 12 mph.

In addition to its unprecedented 200-mph (320-kph) sustained winds, Hurricane Patricia now holds the record for lowest pressure in any hurricane on record. With a minimum central pressure of 880 millibars (25.99 inches of mercury) at the 4 a.m. CDT advisory, Patricia broke the record of 882 millibars set by Wilma almost exactly 10 years ago.