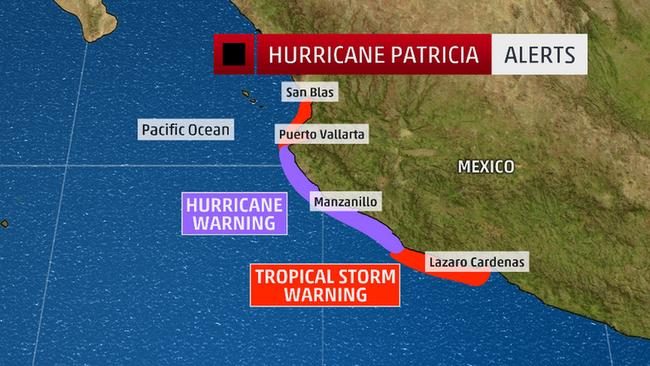 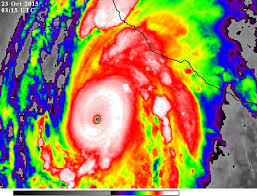 Late this afternoon, the storm was centered 60 miles west of Manzanillo and 110 miles south of Cabo Corrientes, Moving at 14 mph. It is forecast to pivot north-northeast later Friday and pick up speed, especially after it makes landfall, then Patricia is expected to accelerate and rapidly weaken over the mountains of Mexico.

It was predicted that Patricia would have made landfall between 6:00 and 7:00 this evening but its 62 mph winds affected the region early this afternoon. Meteorologists say that Patricia is so big and so intense that it has the capacity to pass over both the Sierra Madres in Mexico, which is the country’s most mountainous ranges, and then exit the country on the other side into the north part of the Gulf and possibly the United States.

Patricia is expected to remain an extremely dangerous Category 5 hurricane through landfall.