One Belizean American View of Election 2015 in Belize 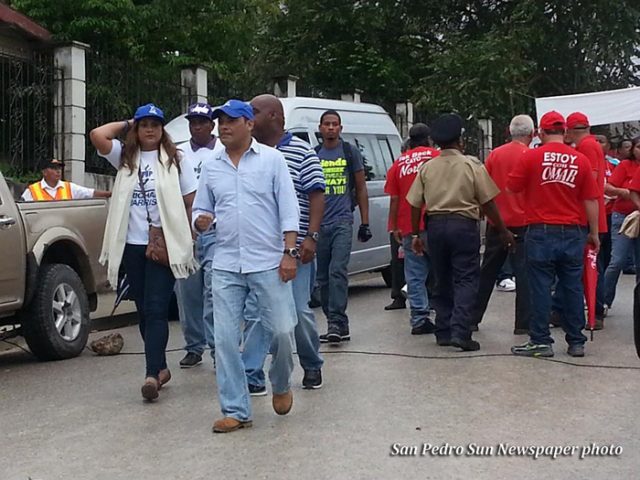 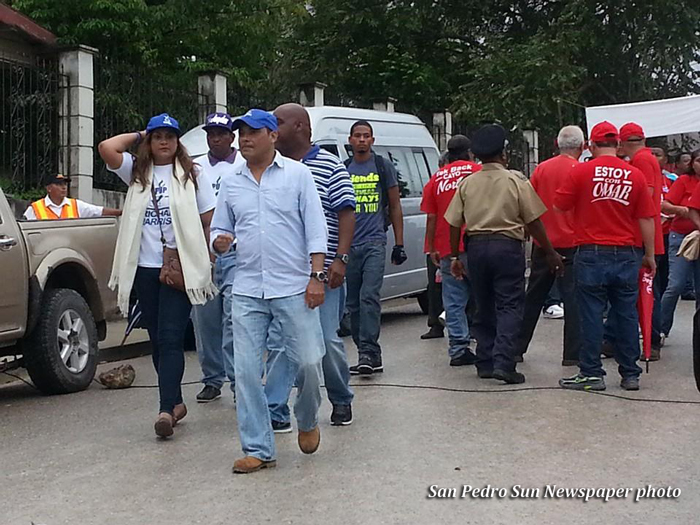 Belize’s upcoming General Elections 2015 once again has the big two political parties in Belize vying for the vote of the public for control of the resources of the nation.  This time however there is a third party which is offering candidates in at least 25 constituencies.

Recent History United Democratic Party
The UDP has been on a roll by winning every elections since the early 2000’s after PUP had won the previous General elections.  They won the General Elections in 2008 after PUP were swept out of office for poorly managing the public’s resources and bankrupting the Development Finance Corporation Created by the UDP and nearly bankrupting the Social Security Board and other financial institutions in Belize.  While these institutions were losing money the public in return received nothing.

UDP came into office and in their first term were kept so busy by lawsuits of PUP beneficiaries that they barely had time to govern the nation.  They had poor candidates in many constituencies who had personality problems and were estranging their constituencies.  It was so bad that in the elections called in 2012 the UDP nearly lost the elections to the PUP who just 5 years or so earlier had given the Belizean public a whopping 1.5 billion dollar super bond at commercial rates that would prove so costly that it was not affordable for the Nation yet they nearly beat the UDP.

Apparently UDP took a look at what went wrong with the election of 2012 and they made moves to change many candidates who were estranged from their constituencies.  At the same time the UDP had come into Venezuelan Petro Caribe Loan at concessionary rates which they used to develop the nations infrastructure and to give public officers long awaited raises and other social spending.  Besides that they had repatriated the public utilities which were sold from the public to private interests who then raised rates by filing for increase after increase.  They lowered Utilities rates increased employment lowered the murder rates and have been responsive to the needs of the public.

Their Ministers by and large have been kept in check from creating scandals with the public monies they are charged with spending.  They have been more transparent than the previous administration.  Now the PUP they must some how make the public think all this is not good for them and that the public needs to return PUP to power.

Recent History of the PUP
The Peoples United Party’s recent history has been one of internal turmoil.  They have had two recent leaders.  One leader Johnny Briceno was not welcomed by the central power structure of the PUP namely Said Musa and Ralph Fonseca who were the architects of Belize’s most unproductive period of existence.  They sold the public utilities to cronies they bankrupt nearly all the financial institutions in Belize.  They gave sweetheart deals to their politicians by selling the public assets to them for a pittance of about 5 cents on the dollar of the real value.  Yet they held on to the power in the political party.

The leadership power structure Said Musa and Ralph Fonseca finally got the opportunity to put in their favorite Francis Fonseca who immediately declared that no sitting representative including himself may be challenged for replacement within the party’s democratic structure.  He went on to oust nearly all the Creole or black representatives from their elected positions.  They were all replaced except for one in Belize Rural North by Arab Belizeans.  They engaged and apparently are aligning with Union leaders to undermine the Government to create an unstable society but the Petro Caribe funding and raises given to teachers the new Belize National Bank which helps the workers to obtain loans for home ownership have prevented this attempt from catching on within the ranks of the public workers.

The PUP leadership going into the current campaign have then targeted the leader of the UDP and current PM Dean O. Barrow for their campaign citing that his family members have been enriched since he took office.  PUP have been on a constant campaign to create some perception that UDP is stealing money or not accounting the monies to the public none of which has caught on so they are now trying to paint Barrow in a light of being arrogant running the nation as a one man show.

Even the recent issue of Guatemala aggression at the border the PUP could not sustain with the public.  They are trying to paint the picture that the Guatemalans have taken over the Sarstoon but Belizeans by and large are not following up with the PUP on this issue and the public seems to have moved beyond this issue.  Yet by their advertisements and the interviews the PUP continue to believe they will win the elections in a landslide victory.  The municipal elections is a precursor to the General elections and the PUP lost all mayoral seats nation wide except for one single seat in the entire nation of Belize.  That was earlier this year.

DFC, now the Belize National Bank SSB have all been brought back by the UDP from the brink of bankruptcy by PUP.  Now the PUP are having a hard time convincing Belizeans this is bad for the nation to have those institutions up and running and healthy once again.

Enter the BPP
Belize Progressive Party seem to be the answer to Belizeans who are fatigued of PUP and UDP.  Those intellectuals and independents who see the big two as different sides of the same coin.  Yet their lack of financing and lack of clear vision for the nation has them struggling Yet there are constituencies where they may make a difference such as in Pickstock division and in the Freetown division  in Belize District.  They are poorly organized but their candidates are passionate about the ills of the nation under UDP and PUP.  The publics confidence in their chances to win is debatable but those who are idealistic may vote for them to show their dissatisfaction with the big two political parties in Belize and it is those idealistic voters who can make the critical difference in some constituencies like Freetown.

Belizean Diaspora
The Belizean Diaspora have been by and large completely ignored in this election.  They have been fighting for the right to serve in Belize Parliament as representatives as dual citizens but have been denied this right by both political parties.

The slap in the face heard throughout the Diaspora is that in this upcoming election in Belize is that several non born dual citizen candidates are contesting in elections for seats as representatives.  That is a right no natural born Belizean has.  Only foreign born Belizeans have a right to hold dual nationalities and still be a representative in Belize.

Many back home in Belize protested the passing of amendment 7 the originally proposed document which sought to correct this wrong.  Those against said it would give us natural born Belizeans who attain another citizenship the right to serve two masters as Johnny Briceno framed it.  He was PUP leader at the time.

Hon.  Francis Fonseca was against natural born Belizeans who are dual citizens as well being an area representative.  Now in election 2015 Hon Francis Fonseca approved of Dr Lesbia Guerra to run for representative she is a dual citizen Guatemalan.  UDP approved of Ralph Huang and of Denny Grijalva who are both dual citizens.  Both serve two masters that Briceno spoke out against.  Yet Briceno approves of Guerra’s candidacy.  They try to justify this by saying they have not acknowledged the other citizenship.  That is a moot legal argument because for all legal purposes they are all dual citizens just as the born Belizean who attained another citizenship ironically including Barrow and Fonseca and Briceno, our national leaders, who do not hold this right they give to others not born in Belize.

Affected is not just the Belizean diaspora but every natural born Belizean living in Belize right now who one day may want to attain another citizenship.  Does no one else see the outrage of a nation which gives rights to foreign born it does not give to its own natural born citizens?

Joseph Guerrero is a Belizean American who resides in the United States.  He is actively involved in politics in Belize and is an active Garifuna advocate. He blogs on Facebook on issues affecting Belize.