Misunderstanding leads to accusations of home invasion and rape 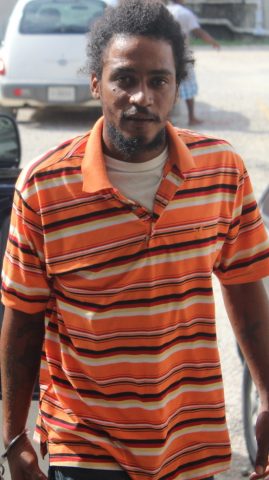 Monday, October 26, 2015. Aaron Humes Reporting: Fabers’ Road resident and construction worker Martin Usher says he was only trying to get back a lost cellular phone when he visited a Belize City woman’s home last week. But she accuses him of trying to break in and rape her by forcing her to cover up his private area with a condom. 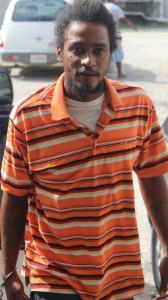 Usher pleaded not guilty to a charge of aggravated burglary before Senior Magistrate Sharon Frazer.

The woman, not identified for privacy reasons, charges that on October 17, 2015, Usher followed her and entered her home as a trespasser and tried to rape her when he forced her to place a condom on his private parts. She and her two female friends and another male were walking on Amara Avenue when they met the accused who asked her to shelter under her umbrella since it was raining.

She offered him to walk with her and when she reached her home, a two storey building, she entered and left the burglar bar door open. Usher entered behind her and when she came back to the door, she saw him standing at the door and he attacked, choking her and forcing her to open her bedroom door which was closed.

Whilst inside, the woman alleged that Usher told her to comply and have sexual intercourse with her either willingly or the hard way. He then forced her unto her bed, ordered her to place a condom unto his private parts before having sex, and fearing for her life, they got into a struggle and when he turned to close her door, that’s when she ran for help to her landlord.

Usher tells a different story. He said that he was socializing with the woman and after they parted he went his way and she went hers and that at no time did he enter her home for any reason.  He told the court that he later realized that his cell phone was missing so he went to the woman’s house and spoke to her from outside of a burglar-barred door and that he saw she had his cell phone.

He said he left after she refused to give him the phone, which she denied having, even though he claim he saw her with it in her possession when he spoke with her. He also claimed that his accuser’s partner is a police officer and fellow officers handling the case refused to check out his side of the story.

Prosecutors objected to bail on the serious nature of the offense and fear of interference with the complainant; however the Senior Magistrate set bail of $4,000 plus one surety of the same, which he has met.

Usher is ordered to stay away from the victim and not interfere with her in any way or his bail will be revoked. His case was adjourn for December 23, 2015.