Guatemalan busted for weed in Benque

Misunderstanding leads to accusations of home invasion and rape 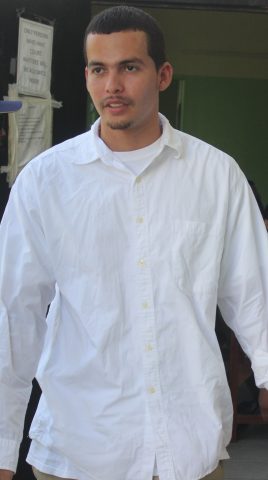 Monday, October 26, 2015. Aaron Humes Reporting: Jason Reyes, accused of the murder of San Pedro Town resident Lionel Pinelo, has been found guilty of the lesser charge of manslaughter by Justice Adolph Lucas in a trial without jury. 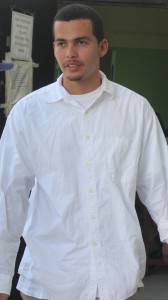 Today Justice Lucas ruled that he is certain that while Reyes did indeed stab Pinelo on November 5, 2010 in front of Rainbow Star bar, it was not intended to cause his death.

Primary witness Milton Chan testified that he and some other men were hanging out in front of the bar. He had consumed as many as 18 beers that night but he distinctly remembered that they were approached by a group of men, one of whom broke a bottle on the edge of a golf cart.

Pinelo, of “coolie” or East Indian descent, approached the man, whom Chan recognized as former classmate Reyes, and began speaking to him in a friendly tone. But Reyes came toward him and swung at him, after which Pinelo began holding his side and sitting on the cart. But Chan did not see the actual moment of the incident.

The other witnesses for the prosecution were Luis Campos and his brother Pedro Campos. While only one of the brothers said they saw the stabbing, the other didn’t, and in fact he became a hostile witness; but his original statement was admitted into evidence against Reyes for the prosecution’s case.

According to Justice Lucas, he was satisfied that the “coolie guy” referred to by Chan was Pinelo, who was rushed to hospital for treatment before dying, and that Chan had positively identified Reyes as the culprit.

As for provocation or self-defense, the judge ruled these out, calling the injury “not justified” on Reyes’ part since from the evidence it seemed he was in no imminent danger.

Reyes from the witness stand denied ever being at the bar, or even knowing Pinelo, much less stabbing him. He swore in testimony that he was at home at the time and that only around6:00 that evening he went to Compadres bar then left and was back home by 8 that night. The stabbing incident was said to have taken place between 8:00 and 10:00 in the evening.

Reyes was represented by attorney, Alifah Elrington Hyde while Porsha Staine of the DPP’s office led the prosecution. Sentencing has been deferred until November 2, 2015.