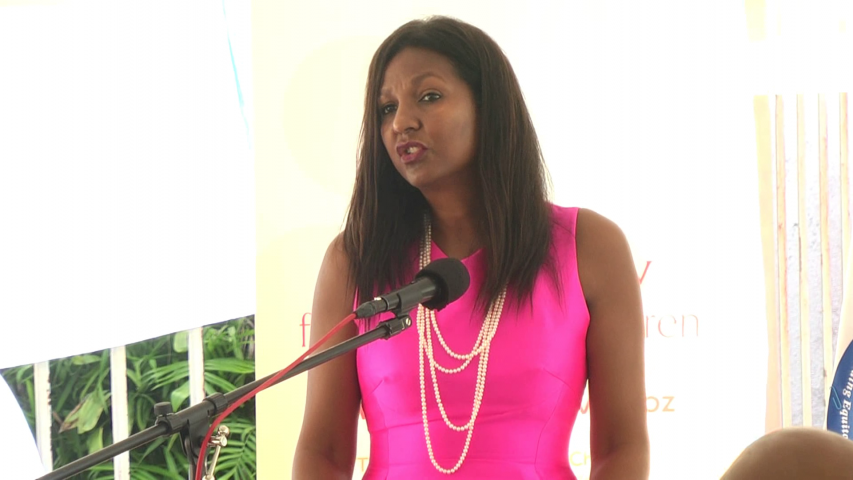 Tuesday, October 27, 2015.  Aaron Humes Reporting: It was born from tragedy – the deaths of 13 babies in the span of a month in May of 2013, eight of them from a bacteria the hospital was supposed to keep out. But the las

Today the ribbons were cut and the public led down the wards and walkways of a place most of us hope our children never have to see, but that is needed nonetheless. The hospital’s Chief Executive Officer, Dr. Adrian Coye, said that the space for patients is double the original and has more amenities for parents and other visitors.

Special Envoy for Women and Children Kim Simplis Barrow said that a simple re-imagining of the
children’s ward grew well beyond their initial observations but believes it is all worth it.

The project’s final price tag is some BZ$4.8 million, not counting equipment, most of which was donated. But the addition comes not a moment too soon, as the KHMH records over 300 admissions to this unit at the half-way point of 2015.

Also standing by was the Government of Belize and especially Prime Minister Dean Barrow who was on hand to support his wife and made clear his admiration for her drive to success.
The new unit will be fully operational by December.