Maya of Santa Cruz protest outside of court 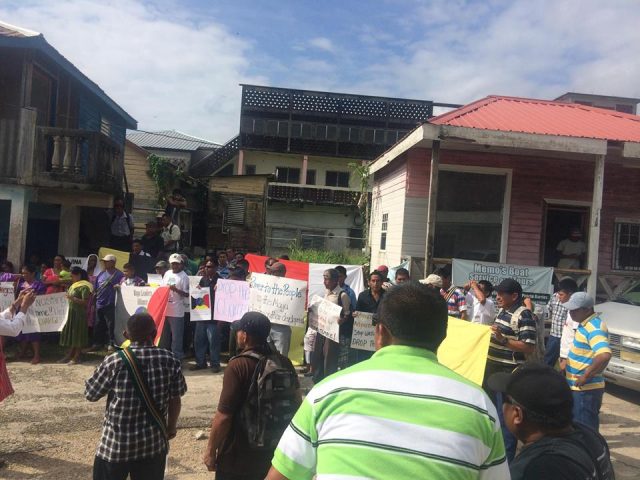 Tuesday, October 27, 2015.  BMG: Since the incident earlier this year, in which Rupert Myles was tied up and humiliated in the village of Santa Cruz, 13 Mayan persons, including leader of the Mayan Leaders Alliance (MLA) Christina Coc, have been facing the consequences of their actions and today returned to court. 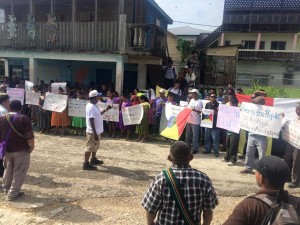 The group was represented by Attorney Audrey Matura Shephard. This is the ‘Santa Cruz 13’s” second appearance in court and were fined thousands after their first trial, for the violent and unwarranted acts against Myles, which were believed to have stemmed from racism.

At the moment, the 13 are inside the Punta Gorda Magistrate’s Court, answering to charges laid against them on June 24th. According to a post by Matura Shephard, to date only adjournments have been made and still no disclosure and a two hour protest will follow the court hearing.