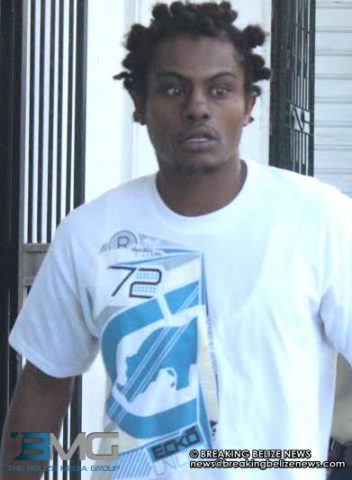 Tuesday, October 27th, 2015. Aaron Humes Reporting: 27 year old Roger Hilton of Ladyville and 32 year old Steve Arnold will spend seven years in the Central Prison after being found guilty of attempted robbery of a man at a Chinese store in Lords’ Bank. 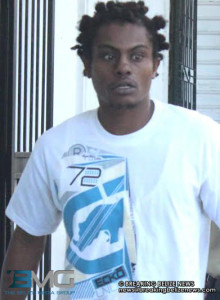 Hilton and Arnold tried to rob a good friend, Ian Holland, at Brothers’ Store in Lords’ Bank, but got nothing for their efforts. Hilton was separately charged for wounding for stabbing Holland with an orange-handled scissors measuring nine centimeters long to the left upper side of his chest and Arnold with assault for a punch to Holland’s mouth.

These were dismissed after the conviction by Chief Magistrate Ann Marie Smith and Arnold asked Holland for forgiveness on the stand, saying he hadn’t meant to do it and that he was trying to part a fight.

Holland told the court that on May 10, 2015, he went to Brother’s Shop in Lord’s Bank to buy LA LA Milk and whilst there, Arnold and Hilton approached him. Hilton, he said, demanded he hand over his money and then he searched his pockets. Arnold punched him in his mouth and Hilton then pulled out an orange handle scissors from his front right pocket and stabbed him to the chest. 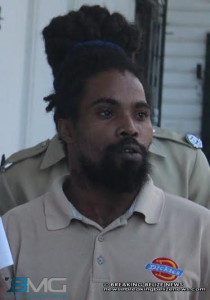 The pair fled on bicycles but were caught by police at the junction with Lord’s Bank Road and the Philip Goldson Highway, where a search led to the scissors still in Hilton’s pocket.

Hilton gave sworn evidence and said that while he was at the shop he said he only asked Holland when he will pay his aunt some money he had for her. He denied demanding any money from Holland or trying to rob him.

But the Chief Magistrate told the men that the version of events they gave the court was a fairy tale.  Nothing they said could discredit the witnesses for the prosecution who gave overwhelming evidence against them.

Both men have previous convictions for crime of dishonesty.   The sentence is less 5 months they had already served behind bars, leaving them both 6 years and 7 months to serve.