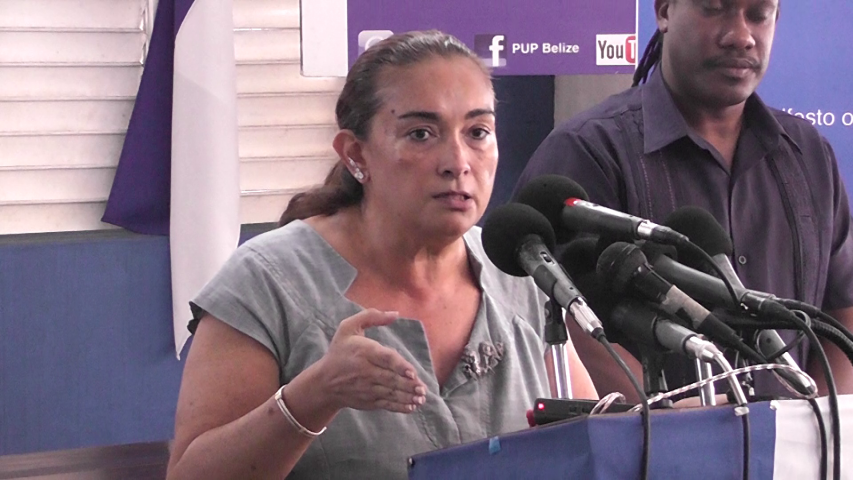 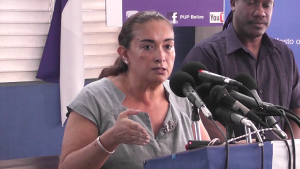 While the party is not a communications unit, that was sufficient to bring the press to Independence Hall. And they were told that the ruling party had made a “secret deal” with Fortis Energy International as part of the settlement reached at the end of August and rushed through the House and Senate. While most of the documents that were part of the deal were presented and debated on, what is known as the Deed of Confirmation and Assurance, according to the party, was not.

This deed concerns the ownership and operations of Belize Electric Company Limited (BECOL), the owners of the Chalillo, Mollejon and Vaca hydroelectric dams on the Macal River. Essentially, the Government agrees that BECOL is not to be interfered with, not even by any court or tribunal, may continue to charge its rates for buying of electric power, and assumes no responsibility for losses sustained, which must be made good by the Government.

Former Senator Lisa Shoman contended that it is consumers who ultimately, for the next 20 years, pay the price for what she called a “pissing contest” between GOB and Fortis. She explains that it is not a matter of comfort between the parties, but a binding contract.

The party’s legal advisor, Anthony Sylvestre, says the decision also extends to the relationship between BECOL and BEL.

But when we caught up with Prime Minister Dean Barrow at an event in Belize City today and asked him to address the new claims by the PUP, he said they are not really new, he says, because each item was disclosed in the initial press conference announcement and debated in the National Assembly, and there is nothing untoward about any of them.

And as for the status of the Belize Electric Company Limited (BECOL), the Prime Minister says that was never a target and the deed merely confirms that.

In the course of his statement, Barrow made a direct appeal to the press not to be used to peddle “stale” arguments by an Opposition in their last gasp, seeking the traction he says has eluded them all this year.