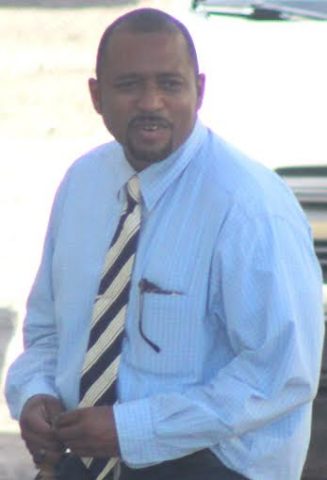 Thursday, October 29, 2015.  Aaron Humes Reporting: Police Constable Linsdale Blease, assigned to the Domestic Violence Unit but presently interdicted on charges of aggravated assault with a firearm and discharging a firearm in public, was set free after it was determined he did not have a case to answer. 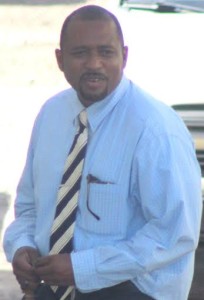 Court prosecutors had to throw in the towel after key witness Gregory Duran, Blease’s stepfather declined to testify and Senior Counsel Ellis Arnold successfully asked Chief Magistrate Ann-Marie Smith to drop the charges to due insufficient evidence to prove them.

According to complainant Cordel Duran, Blease’s stepbrother, whilst between Miles 25 and 26 on the George Price Highway, he was approached by P.C. Blease who pulled out a gun and fired a shot at his foot, then placed the gun at his chest.

Two other independent witnesses, identified as two fire fighters who were in the area responding to a fire report involving a burning bus, also testified but said that while PC Blease came to the area, they never saw him assault Duran in any way.

They said that Blease pointed the firearm at the bus and fired a shot in the back but he never pointed the weapon at anyone.

The bus apparently belonged to Blease and it appeared someone had set it on fire, however, no one was charged in that incident.

Blease explained that he and Cordel Duran’s father had a previous family misunderstanding but that he never assaulted him; in fact, he thought the issue had been laid to rest.

As for the bus, Blease said he had recently bought it with a $20,000 loan and reacted as one would expect when their investment is going up in flames. Blease has his suspicions as to who was involved but said he would not take it any further.

The interdicted cop said he is expected to be reinstated as a police officer and restored to full pay.