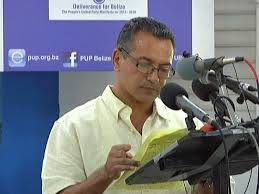 According to Orlando Habet, PUP Cayo North-East standard bearer he has received several credible reports of UDP operatives deceiving and try to coerce public officers to vote for the goverment. 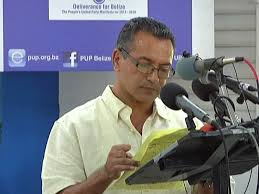 Habet alleged that well-known UDP operatives are visiting police and Belize Defence Force (BDF) officers who have to vote by proxy to steal votes for the reigning party.

The UDP operatives allegedly told the officers that to vote by proxy they would need to designate one of their [UDP] people as their proxy voter and would need to know who they were voting for.

Habet said he was first alerted by the father of two officers who received a visit by the UDP and was told to call his sons.

He said the other instance was with two BDF soldiers in Santa Familia who were told to sign the proxy and specify who they were voting for. They were then instructed that the Commanding Officer would take the proxy to the poll on election day, he said.

Habet claims the UDP operatives are working on orders from party Chairman, Alberto August, who was accused of another incident involving proxy votes earlier this week.

The PUP has advised all public officers to be cautious and not be deceived by the UDP. Habet said they have not filed a formal complaint as yet.

August dismissed the allegations against him on Thursday, chalking them up to “silly season” political tactics, as he called it.

BMG made several attempts to contact the accused UDP’s but received no response.