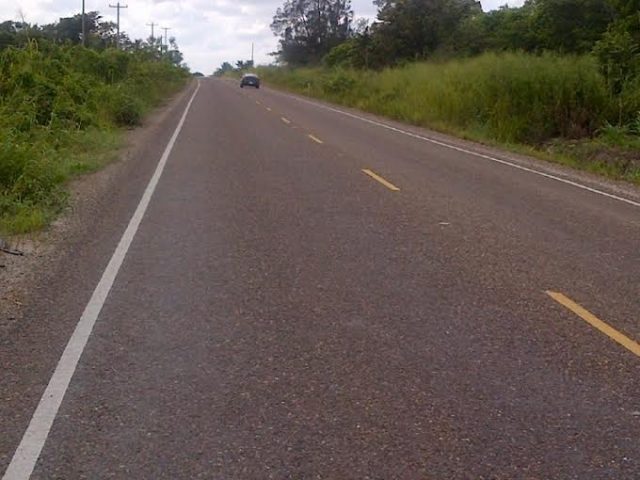 Monday, November 2, 2015.  Orange Walk Bureau Reporting: Orange Walk Police are investigating a road traffic accident that claimed the life of a San Lazaro resident and the first fatality recorded in the north for November. 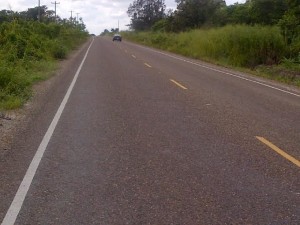 According to police, on Sunday about 1:30 p.m., they responded to a road traffic accident on mile 1 1/2 miles on the Yo Creek Road. 27-year-old Rudy Reyes, a Belizean farmer and driver of the Ford F150 Pick-up truck told police that  he was traveling from San Carlos to Orange Walk Town and upon  reaching the said location at a curve, he observed a cycle coming the opposite direction in the same lane as him.

Reyes reported that he tried as much to avoid a collision but it was to no avail. The cyclist collided into the center of the red Ford F150 pick-up truck which belongs to Thomas Reyes of San Carlos Village.

After the impact, it is reported that the cyclist was trying to regain control of the cycle but fell off, leaving his cycle to fall in a ditch on the side of the road. The deceased cyclist has been identified as Jorge Moguel. His companion Josue Chan is listed in stable condition at the Northern Regional Hospital. Police have since issued a notice of intended prosecution to Rudy Reyes.