Viola Pook on verge of freedom after most of sentence deducted 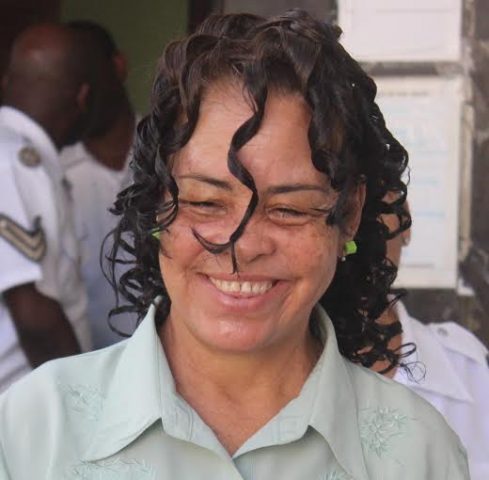 Tuesday, November 3, 2015. Aaron Humes Reporting: Having served nearly seven years in the Central Prison on a conviction of murder that was overturned by the Court of Appeal, Rancho Dolores housewife Viola Pook is expected to be out of jail within the next year. 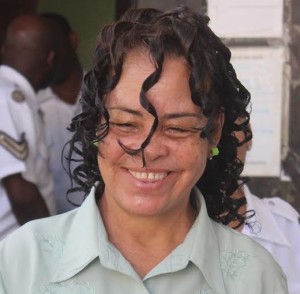 She was sentenced to eight years in prison after taking a plea of manslaughter for the death of common-law husband Orlando Vasquez, whom she admitted to setting on fire after throwing a flammable substance on him on New Years’ Eve, 2008.

Today Supreme Court Judge Adolph Lucas told Pook that of the 8 years imposed, she was deducted 6 years and 10 months; including the 2 years she was on initial remand and the first four years of her life sentence during which she was appealing her case from 2011 to 2014.

It all means that within a year or less she will be a free woman, as she is now also eligible for parole pending an application to the Board at the Central Prison.

But how did it come to this? Her daughters, Violet and Christy Jeffords, spoke exclusively to us at the close of the case, recalling the 20 years of a relationship that was slowly poisoned by the deceased’s alcohol problem. They said that they believe she has paid for her sins and her victim’s, and should finally be allowed to go home and reunite with her family.

The mother of 5 and grandmother of 11 was found to be suffering from battered women’s syndrome, a condition rarely spoken about in society. Violet Jeffords made a plea to other victims to change the cycle of violence by speaking out.

Pook remains incarcerated at the women’s section of the Central Prison.