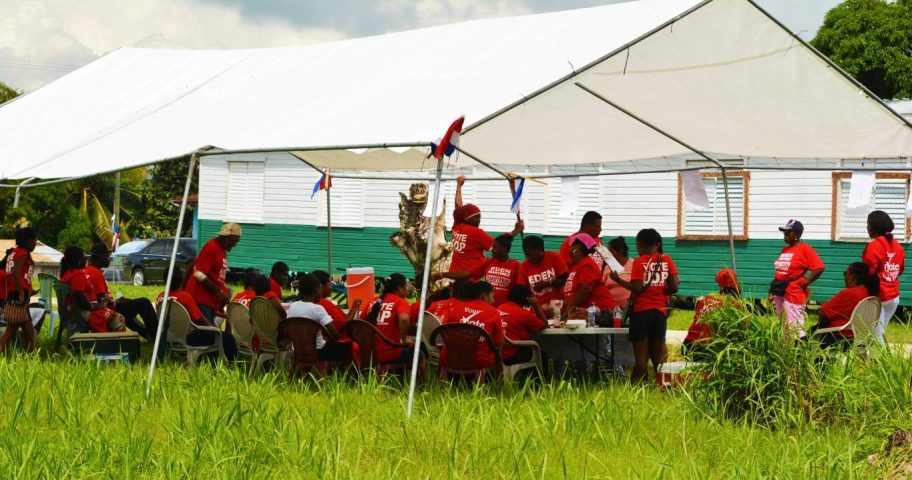 Wednesday, November 4, 2015: Chrisbert Garcia Reporting: A rush of United Democratic Party (UDP) supporters dressed in Eden Martinez shirts were the first to flood the polls this morning at St. Peter Claver R.C School in Punta Gorda (PG) Town. Since then, however, lines have been short and the same can be said for the second polling area in PG, which is Methodist Primary School.

The presence of the People’s United Party (PUP) though, is obvious as their camps are set up near the polling areas and are using similar strategies to those of the UDP in regards to the transportation of voters. Belize’s newest political party, the Belize Progressive Party (BPP), also has a camp near the polling area with Attorney Audrey Matura Shephard seated under it to show support for that party’s Toledo East candidate, William Maheia.

Since morning, there hasn’t been any altercation between the parties but police presence has limited the media’s access to photos and information as officers with batons have been strict and in some instances, rude to residents, as well as members of the press.

Slow movement at the polls could be partially attributed to the isolated showers that have been passing over PG throughout the morning, starting from around 5:00 a.m. Thus far, none of the candidates have made an appearance at the polling area. 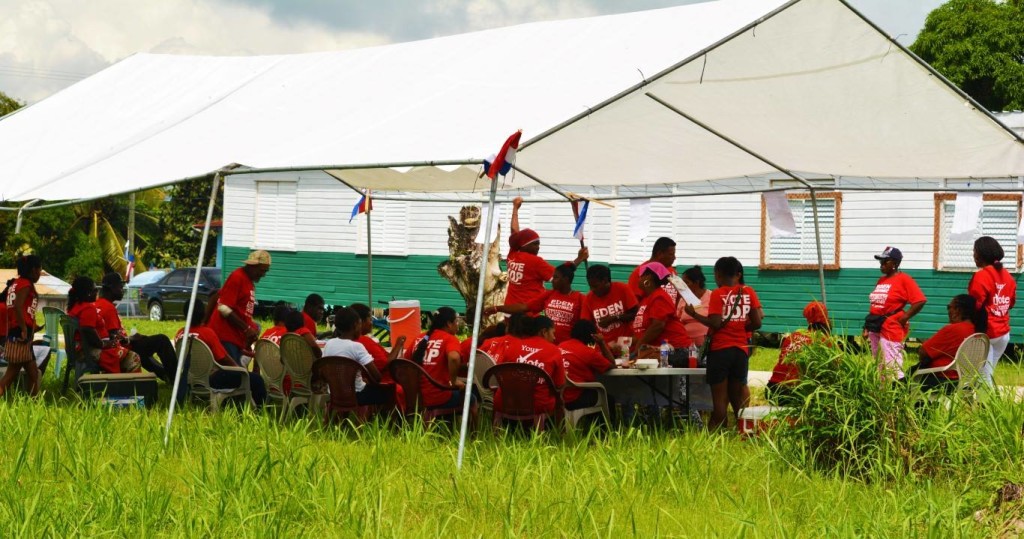 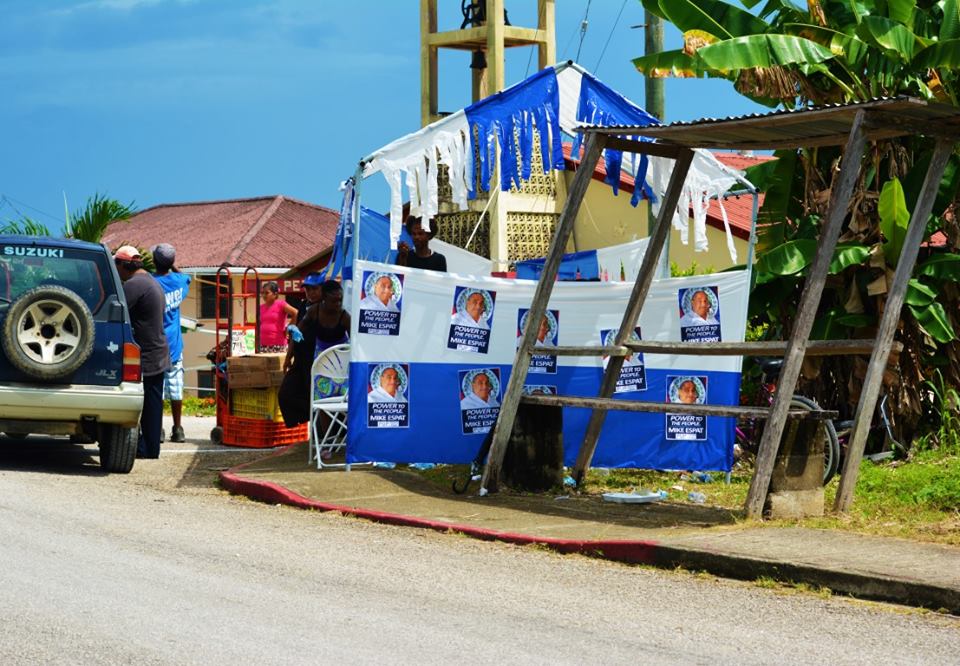