BREAKING: PUP to select new leader as Fonseca steps down 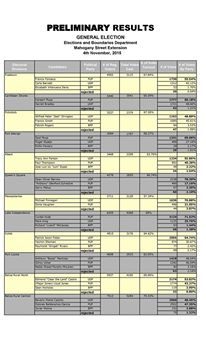 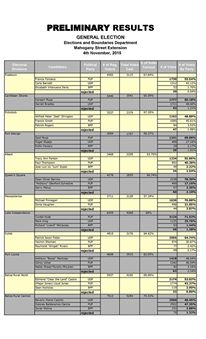 which showed that the United Democratic Party (UDP) secured 19 seats, forming government for the third consecutive term and making history, while the People’s United Party (PUP) secured 11 seats and the Belize Progressive Party (BPP) failed to win in any constituency.

But if you do the math, 19 plus 11 seats adds up to only 30 constituencies out of the 31 that we have in Belize. That’s because the official results from Stann Creek West were not included in the release thus far since a recount has been requested by PUP candidate Rodwell Ferguson after the first counting determined that UDP’s Walter Garbutt had won.

The breakdown of total votes in each constituency excluding Stann Creek West is a follows: 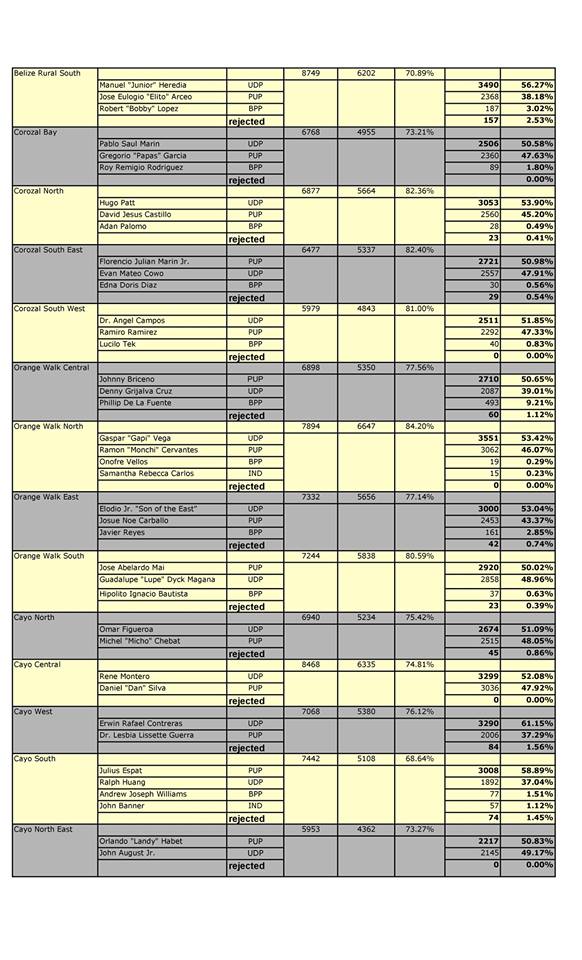 A total of 1,289 spoilt ballots were recorded countrywide.