Friend is accused of stabbing his own roommate 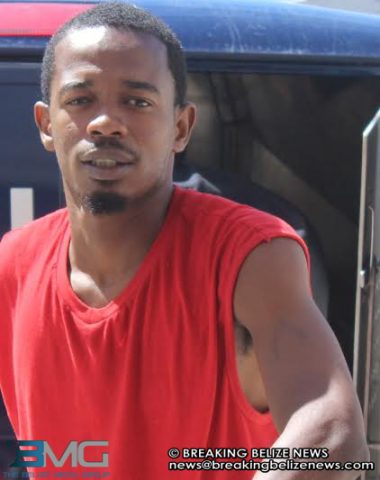 Friday, November 6th, 2015. Aaron Humes Reporting: We told you yesterday of an early morning shooting incident on Election Day Wednesday, for which one person was arrested and charged. 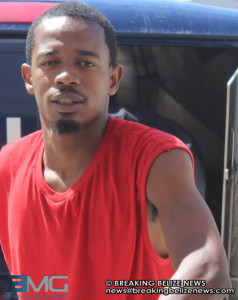 Later in the day there was another incident of violence involving two young men well known to authorities.

On Wednesday, November 4, 2015, Brandon Allen, 25, a resident of Taylor’s Alley was stabbed. The man police say is responsible for the act has been identified as his roommate, 24 year old Emmerson Richard Skyers.

Skyers appeared today before the Chief Magistrate, Anne Marie Smith where he was read three indictable offenses: attempted murder on Brandon Allen, one count of dangerous harm  and one count of use of deadly means of harm with a knife.

No plea was taken due to the nature of the offenses which are indictable, and Skyers was denied bail and remanded to the Belize Central Prison until February 9, 2016 when his case is set to go to Preliminary Inquiry.

One day before he was stabbed on Tuesday, November 2, 2015, Allen was before the court to answer to a charge of burglary with intent to cause wounding to Codrington Carter which is said to have occurred on October 12, 2015.  Allen pleaded not guilty to the charge when he appeared before Magistrate Carlon Mendoza and he was offered bail of $800 which he met.

Meanwhile Skyers has a robbery charge among others pending at the Belize City Magistrate’s Court.

In August of this year, he was granted Supreme Court bail from the Supreme Court of Justice Antoinette Moore for the offense of robbery.  He, Jermaine Belgrave, Patrick Jones, and Jareth Crawford were accused jointly of the robbery at First Caribbean International Bank’s Belcan Branch on July 31, 2015.